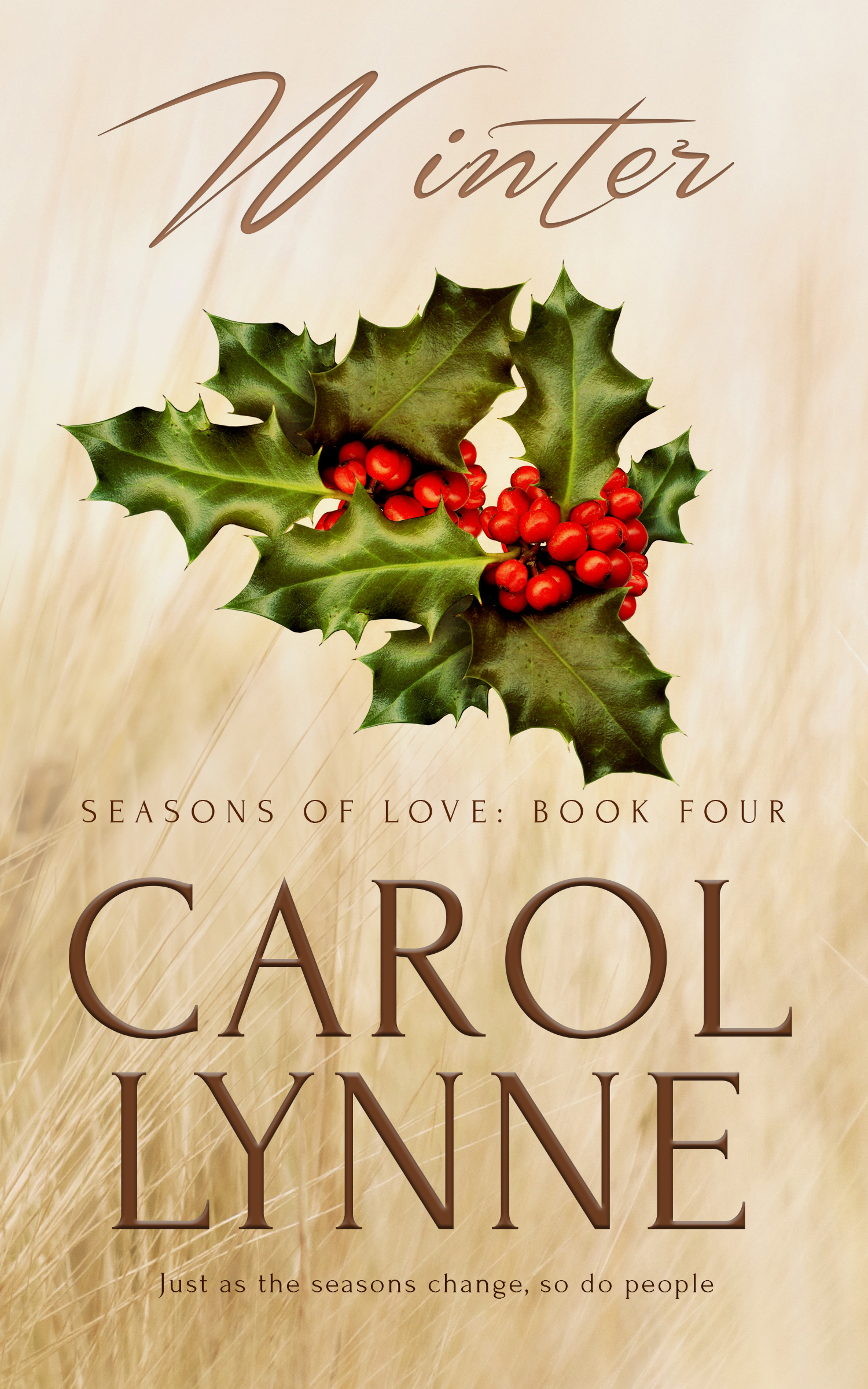 Book 4 in the Seasons of Love series

Faced with a life-altering decision, it will take the friend he thought he'd lost to make Sidney realise his future was written years earlier when a man named Nash befriended him. Reader Advisory: This book is the last in a four-part series and should be read in order of sequence.

Grady Nash held Sidney Wilk’s hand as the minister led the final prayer. The last few days had been hard on everyone, but Sidney seemed to take Alan Ballentine’s death especially hard.

One by one, Alan’s immediate family stepped up to the coffin to take a white rose from the spray of flowers. Josh Ballentine, one of Sidney’s oldest friends, turned and motioned him forward.

Sidney shook his head, prompting Nash to squeeze his hand. "I think he’s trying to tell you something," Nash whispered.

"Yes you are." Nash wrapped his arm around Sidney’s waist and encouraged him a step at a time towards the waiting Ballentine family.

Josh was the first to pull Sidney out of Nash’s embrace and into his arms. "I love you," Josh told Sidney.

"I love you, too," Sidney whispered in return.

As Nash watched, each of the Ballentine brothers did their best to convince Sidney he was, indeed, part of the family. When Nash was tapped on the shoulder, he turned to see Peter. "Hey," Nash said in sympathy.

"You didn’t think you were going to escape without a hug, did you?" Peter asked, wrapping his arms around Nash.

Alan’s sudden heart attack had shaken everyone. Although he refused to let his partner of eighteen years see how worried he was, old fears began to creep inside Nash’s head. Watching the way Sidney and the Ballentine brothers had immediately surrounded Maggie made Nash feel better, but he couldn’t help but wonder whether Sidney would hold up as well in Maggie’s position.

"I don’t think my mom’s going to give up Sidney’s hand anytime soon," Peter told Nash. "You can ride with us back to the house."

Nash waited until he could catch Sidney’s gaze. He gestured to Peter before pointing towards the rented minivan. Sidney nodded and blew Nash a kiss. "Okay," Nash told Peter.

Nash shook a few more hands and received a quick hug from each of the brothers before following Peter to the van. Bobbi, pregnant with twins, sat in the front seat. "What’re we watching?" Nash asked Peter’s four-year-old daughter, Kati, as he joined her in the back of the minivan.

"Tangled," Kati replied. She looked at Nash. "Have you seen it?"

"Nope, can’t say that I have." Nash glanced up at the small TV screen mounted to the interior roof. "I would’ve loved one of those when I was a kid."

Nash realised Kati had already lost interest in him and was back to her movie. He reached out and laid a hand on Bobbi’s shoulder. "How’re you doing?"

Bobbi knew Sidney almost as well as she knew Nash. There had been a time when Nash was jealous of the fiery redheaded woman, but he soon realised how much laughter Bobbi brought into Sidney’s life. "He’s trying to keep it together, but I heard him crying in the shower this morning."

"I was afraid of that." Bobbi leaned her cheek against the back of Nash’s hand. "I tried to talk to him last night, but he refused to talk about Alan."

"I don’t think refused is the right word," Peter cut in. "He was too emotional."

Their story was so rich and impactful that I will be revisiting them again when I am in need of something more than just the typical HEA.

I am so very sad to see this series end, but...

I'm going to miss these two men and I encourage you to give this heartwarming series a try...Yes, the feelings of these individuals they love are often pained and raw but it only makes them more...

Share what you thought about Winter and earn reward points.