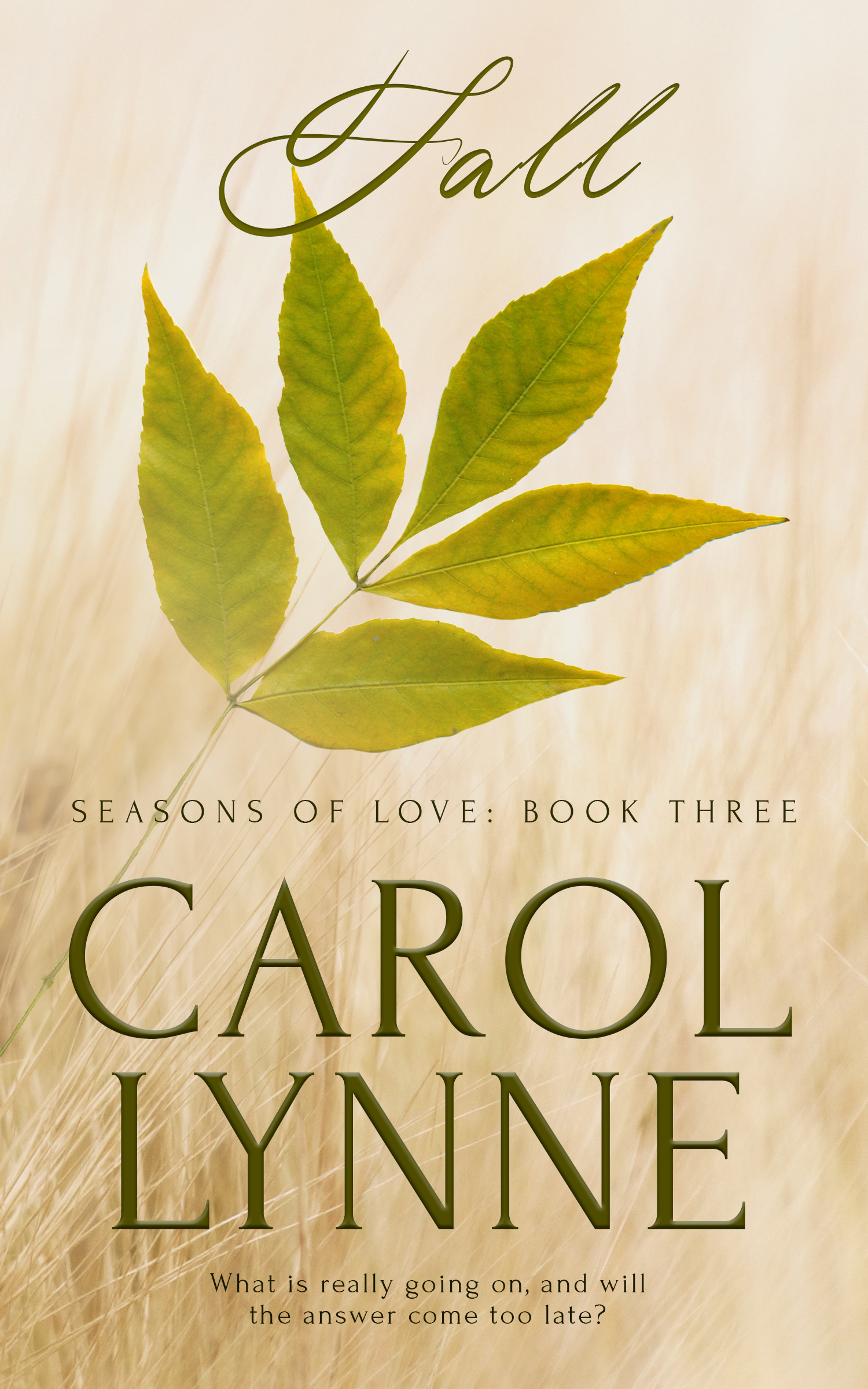 Book 3 in the Seasons of Love series

For over ten years, Sidney Wilks and Grady Nash have devoted their lives to each other. With their relationship solid and thriving, they each turn their attention to their careers.

Nash loves his job as a day trader but hates what it's doing to his body. The hours of sitting in front of a computer combined with his love of beer begin to take a toll on his aging body. Worried that he'll lose Sidney to the hot muscled construction worker his partner works closely with, Nash decides to get his body back into shape, no matter the cost to his overall health.

After the death of his father, Sidney is so busy dealing with the years of hurt and betrayal at the hands of Jackson Wilks that he doesn't notice the warning signs of Nash's dangerous new lifestyle. When Nash's sex drive falters, Sidney turns the rebuffs inward instead of looking at the bigger picture.

It will take the counsel of a close friend to open Sidney's eyes to what is really going on, but will it be too late?

Sidney arrived home just as his phone rang. He set down his messenger bag and reached for it. “Hello?”

“Is this Sidney Wilks?” a woman’s voice asked.

“Yes.” Sidney prepared to hang up. Calls from people trying to sell him bullshit were starting to get out of control.

“This is Sheila, Jackson’s wife. I thought you should know your father had a massive stroke yesterday morning.”

“Is he dead?” It was the only thing going through Sidney’s mind. He’d become so detached from his estranged father, he often went weeks without even thinking about the bastard. The fact that Sheila, a stepmother he’d never even met, was calling, didn’t bode well.

“No. Not yet anyway, but the doctors believe it’s only a matter of time. This was his third stroke in the last year and his body’s just not able to handle much more. He’s at North Colorado Medical Center.”

Sidney remained silent. He had no intention of travelling to Colorado, especially with Thanksgiving only two days away. Did that make him a bastard? Probably. But Sidney believed strongly in the old saying, you reap what you sow.

Sheila cleared her throat. It was obvious she’d been crying, and although Sidney felt no love for the woman, he was still human. “Are you okay?” he finally asked.

“Not really,” she answered. “I know the two of you haven’t spoken for years, but he’s still your father. You may not remember that but he does.”

“Does he? How long were the two of you married before he actually told you he had a queer son?” Sidney took a deep breath. Yelling at a distraught woman wasn’t going to solve anything. Few outsiders would understand Sidney’s contempt for Jackson Wilks.

“We’ve had our issues over your father’s secrecy, but that’s all in the past now.”

“Is it?” Sidney silently cursed himself for trying to pick a fight with a distraught woman. “Thank you for calling, Sheila. Let me know if there are any changes.”

“Yeah. That’s the best I can do for now. Sorry.” Sidney hung up before dropping onto the sofa.

He was still sitting in the same spot when his partner of twelve years, Grady Nash, walked into the house from his office in the detached garage. Sidney smiled up at the man he loved. “Dad’s had a stroke.”

a wonderful example of a true relationship...I will recommend this to those who want to read about… long established loving relationships, hot sex, suspicions and doubts and the everyday realities of r...

a well written story covering issues �real' people deal with every day...this romance has everything needed to make it another enjoyable and entertaining book. I look forward to the final release,...

Share what you thought about Fall and earn reward points.