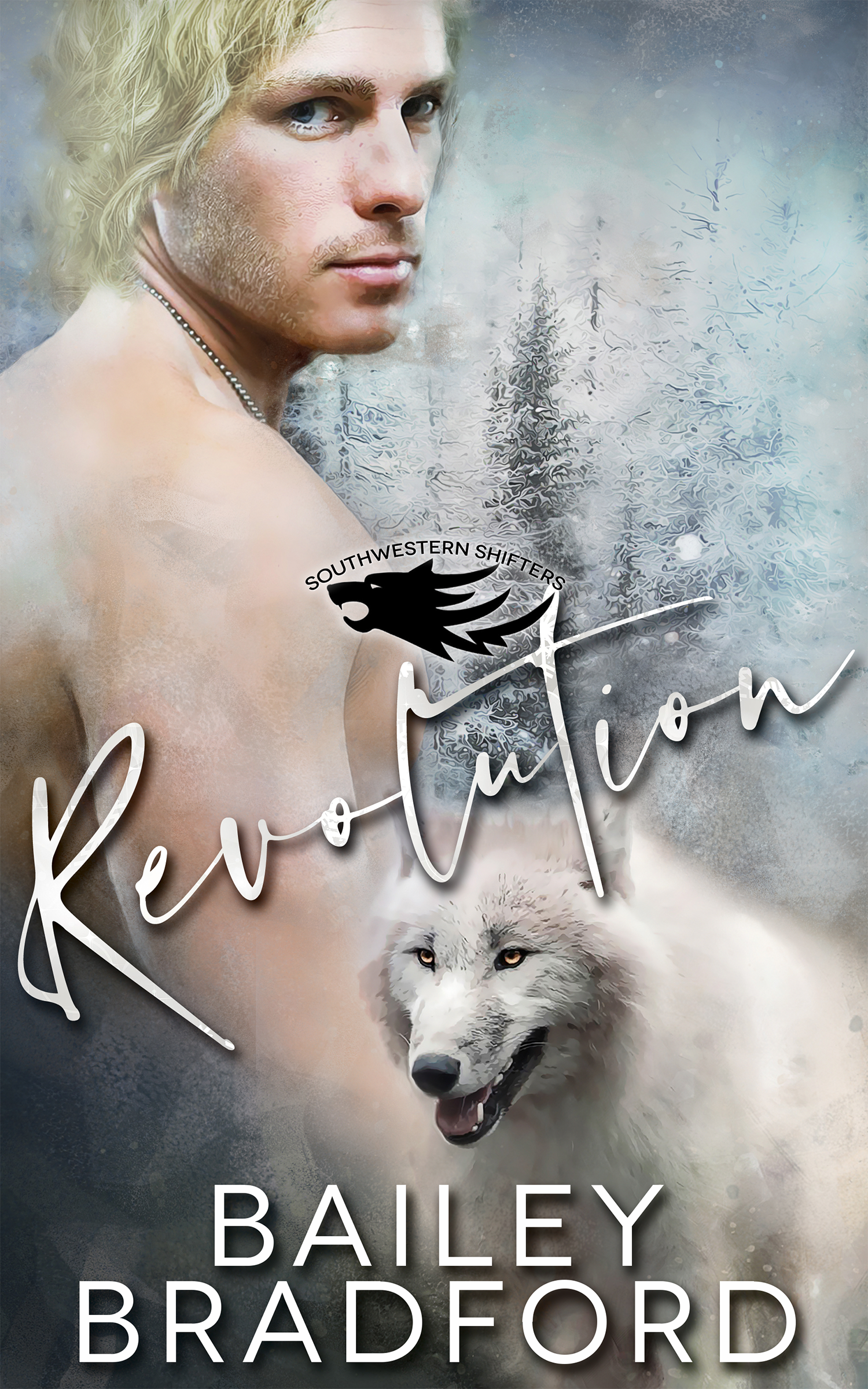 Book 7 in the Southwestern Shifters series

Jameson and Luuk have been on the run for their lives, but they've been running from more than their enemies.

Three years running for their lives has brought Luuk and Jameson to the point of desperation. A close call that almost ends in their deaths makes it clear to Luuk that he must stop running and find a way to take back his position as the European Alpha Anax, leader of all wolf shifters in Europe. To do so, he must defeat the man who ambushed him and has been trying to kill him and Jameson.

Jameson didn't know when he fell for Luuk that he was Luuk's mate. He didn't know shifters existed, but he learned fast and hard. Three years on the run in the wild have left him too close to an edge that, if he falls over, he fears he'll be lost. The darkness in his mind is threatening his life as much as those who hunt him.

As Luuk and Jameson take their stand, they find they have allies in places they never suspected, and Jameson hasn't been forgotten by everyone he left behind, not at all.

Sometimes, when he could bear it, Jameson allowed himself to look back, to remember what life was like before. Back to the days when he and his best friend Adam spent most of their spare time together, when they laughed and enjoyed every moment. They were tight as twins, thick as thieves—all the clich�d sayings in the world, but it had been true. Of all that had happened in his life, all the mistakes and screw-ups, Jameson regretted losing Adam the most.

Even though it’d been necessary, for Adam’s safety as well as his and Luuk’s. They’d had to hide, and exposing Adam to the hell Jameson had been flung into the moment he stepped off the plane in Amsterdam... That was just unthinkable.

So on the days when he could handle it, Jameson thought about those years past with Adam, and he wondered about his friend now. He hoped Adam had found someone to love him, to get past his shell and treasure the man underneath. He tried to envision Adam in the little town of Shasta, Texas, but couldn’t for the life of him manage it. He and Adam had always lived in the big city, had tromped all over the Dallas-Fort Worth area. Jameson couldn’t even fathom what a small town was like.

Although he should have been able to. No, no, not really. He and Luuk had spent the past three years hiding out in the mountains, mostly. It was rare Jameson got to feel a real bed under his backside.

It was rare he was even human.

But he wouldn’t trade his life now for anything, because he had Luuk, and they were mates. His life had become some bizarre sci-fi fantasy brought to life, but Jameson loved Luuk with every fibre of his being, and Luuk’s love was every bit as strong, every bit as fierce.

The rasp of Luuk’s voice sent a shiver down Jameson’s spine. It was one of the rare days they were in human form, Luuk having found a cave he thought safe for them to hole up in a few days. Jameson didn’t even know where they were, and he didn’t ask. It didn’t matter, as long as they were together.

Luuk snorted in his ear, his warm breath causing Jameson’s skin to pebble with goose bumps. “It has been a while since we’ve been together like this.”

Jameson nodded in Luuk’s embrace. Fucking as wolves was good—anything with Luuk was exceptional, really—but there was something to be said for having hands, for being human and being able to do so much more.

“In a while, I will lay you down and worship every inch of your body,” Luuk purred against his cheek. “I will make you tremble and shake for me, make you cry out...”

Jameson whimpered and closed his eyes, his cock going hard so quickly it made his belly ache low down. “Yes, please.”

He loved Luuk, wanted to be touched by him, always, but he also wanted the respite from reality, from fear. The latter was his constant companion, and it was wearing Jameson down despite his attempts to keep it from doing so.

Luuk cupped his chin and guided his head around for a sloppy kiss that was tender nonetheless. “I’m sorry, Jamie. I never suspected, or I wouldn’t have brought you back with me.”

“You had a pack to lead,” Jameson murmured. This conversation happened on occasion, but they both always needed it. Jameson carried his fear and Luuk carried regret, among other things. “You had to come back.”

Luuk growled then, a low rumbling that vibrated against Jameson’s back. “I would have abdicated rather than bring you to this kind of life. Hiding, always hiding. I cannot...” He sighed and nuzzled down against Jameson’s neck.

Jameson knew. Every time Luuk tried to reach an ally, they were cut off. Three times, he and Luuk had barely escaped with their lives. Some of their allies hadn’t been so lucky. Luuk had been isolated, and Jameson feared the trap was slowly closing in around them. Or not so slowly. They couldn’t even find a way out of the mountains now.

“We will. I will get you to safety, and leave this land behind.” Luuk hugged him tighter. “What you’ve been through, what I had to do to you—”

“We had to do to each other,” Jameson interrupted, his entire groin throbbing at the memory of how he’d been changed. He’d screamed and cried—screw that whole being manly crap. If Luuk’s life hadn’t depended on it, Jameson would have refused and just let himself be taken. Except, he couldn’t have done that. He couldn’t have left his mate any more than Luuk could leave him, and so they’d done what they’d had to. And it had sucked ass.

“What an understatement,” Luuk said, huffing in mild indignation. “I envied you your ability to scream and cry. I truly believe it takes a stronger man to let his emotions out than it does for one to hold them in.”

“Sure.” Jameson snorted and craned his neck a bit more so he could nip at Luuk’s plump bottom lip. Even chapped from the wind and sun, the flesh was still succulent to Jameson.

Luuk moaned softly, bending down more and opening for Jameson. The position was awful, but they were comforting each other, nothing more. Fucking would come later, once they’d both had time to touch and savour the feel of one another’s skin.

Jameson loved Luuk, he did, so much, but he ached inside for a different life for the two of them. And so his eyes welled, and tears spilled, and Jameson thought sniffling while kissing his lover was kind of gross, but Luuk held him, a big hand on the back of Jameson’s head.

Luuk took control of the kiss, plunging his tongue in deep. His mind caressed Jameson’s, soothing it just as his hand stroking down Jameson’s back soothed his body.

Jameson gave it all, knowing Luuk wanted his pain, his fear and disappointment as well as his love and commitment. Despite all the trials, the constant hardships, Jameson wouldn’t go back and change anything, at least not to the point of not ever having Luuk. He’d just have them never leave the United States, and... Oh, every time he thought of that, he hurt inside.

Loved the drama, the struggles and the adventure in this book. Another great addition to the southwestern shifters series.

I love Luuk and Jamie’s story. These two are so brilliantly written, you can feel the anguish that they are feeling when they think they are the direct cause...

Share what you thought about Revolution and earn reward points.