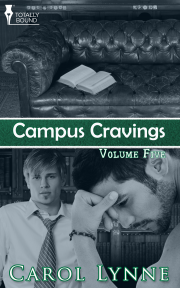 When sparks fly, life in BK House will never be the same.

Retired Marine, Jack Hershie has lived his life for the corp. Always doing what was expected of him, Jack endured a tortuous marriage in the name of proper conduct. Now, at the age of forty-three, Jack is ready to live his life by his own set of rules. See what happens when you put two strong Alpha males into the same house.

“I know. That’s what I want to talk to you about.”

Charlie shook his head. “I thought what we did meant something to you.” He’d been torn apart when Jack received that phone call and shot out of his life. “But obviously I was wrong.”

“My ex-wife was killed.” Jack said.

Charlie stiffened. Hell. He didn’t even know Jack had been married. “And that was such an emergency that you couldn’t take ten minutes to say goodbye? I’m not even going to get into the fact that you haven’t called.”

Michael continued to flip cards towards the trashcan. “What does it look like I’m doing?”

Stopping mid-flip, Michael looked up at Charlie. Shit. He did that all the time. “Sorry. I’m just chillin’.”

Charlie leaned against the doorframe to Michael’s dorm room. “Should you be in class?”

Michael closed his eyes and tossed the remainder of the cards onto the floor. School. He hated it. He hated everything right now, especially himself. “I’ll probably flunk the class anyway,” he mumbled.

“Well you definitely will if you don’t get your ass up. What’s more, you’ll probably lose your scholarship. Do you have anywhere else to go? What are you doing screwing up your life like this? Christ, Michael, this is your last semester before you get your Masters.”

“I know!” Michael jumped off the bed and pushed past Charlie. He went into the communal bathroom and into a stall. Damn, what do I have to do to be alone? He heard the door open and groaned. “Give me a break, Charlie.”

“You know I would if I thought it would help. Have you still been keeping your appointments with Dr. Pressman?”

He wondered whether he’d get away with lying. Dr. Pressman was a nice enough guy, but no way in hell would Michael admit to the man what had happened in LA. Instead of lying, Michael chose to remain silent.

“Is it Dr. Pressman? Should I call Theron? Would it be easier to talk to him?”

A bark of strained laughter erupted from Michael’s throat. “Right. Theron couldn’t get away from me fast enough.” He saw what a sick fuck I was. Hell, what had he been thinking coming on to a straight guy like that? Worse, he’d developed feelings for the man even after he’d humiliated himself in the shower. There was just something about the way Theron took care of him those weeks they were together.

Michael put his face in his hands. That’s what happens when you start to care about people. They drop out of your lives like you never meant more to them than a wad of gum on the bottom of their shoe.

“Please leave me alone,” he begged. He just wanted it to stop, all of it, the pain, the loneliness, and the memories. Fuck, those memories wouldn’t let him sleep for more than twenty minutes at a stretch. He was so damned tired. The only thing that would make him happy at this point was to go to sleep and never wake up.

“Will you be down for dinner?” Charlie asked.

Yeah. He had plenty of time. “We’ll see. I’m gonna go lay down. Don’t let anyone disturb me.” Thank god Sam had moved in with Jace, and he had a private room for the time being.

The door opened and shut, signalling Charlie’s departure. Michael stood and went back to his room. As if on automatic pilot, he walked towards the closet and removed his shower bucket. Holding the razor in his hand, he wondered if the blades would be long enough. Maybe he’d have to take the damn thing apart first. Michael rolled his eyes. Figures.