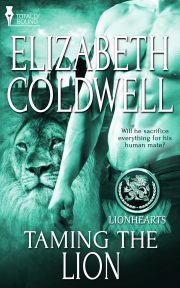 I just love my shifter books! And even though this one talks about shifters and Kaspar does shift, it’s not the main focus. It’s more about the relationship between Kaspar and Jon, the mystery of the...

Share what you thought about Taming the Lion and earn reward points.