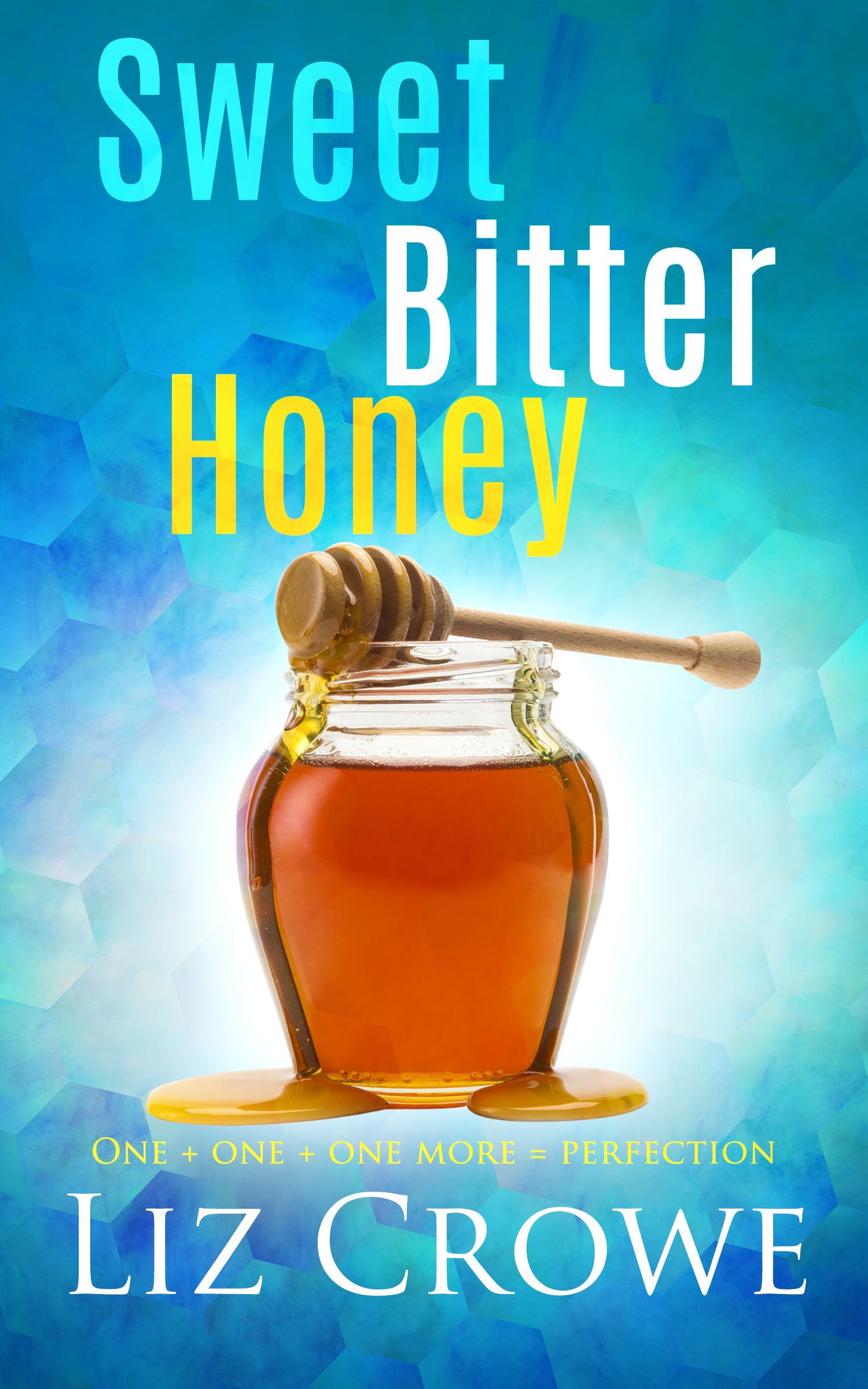 Ryan Shannon’s life has finally hit a smooth patch. He’s reached the point where he believes he’s mastered the single-dad challenge. He brews beer and owns his own brewery with his brother, Quinn. The brewery is so successful they need to hire someone to manage their burgeoning sales.

When Quinn surprises him with the announcement that he’s fallen in love with someone and she has a brother—a hot brother—named Cole, Ryan is sceptical of the setup. But Quinn begs him to join them for a dinner so that his girlfriend won’t worry about her brother feeling left out.

After one hookup, Cole claims he isn’t interested in anything more. Which is when Ryan hires the brewery’s new sales director—Lynette Williams, a woman fresh out of MBA school with plenty of debt, desperate to find her own way in life.

That’s when things really get complicated. Not to mention very…very hot.

They all claim that their connection is nothing more than really great sex. But Ryan, Cole and Lynette find themselves depending on one another in ways they never imaged they’d want or need—or ultimately love.

Reader Advisory: This book features an injured veteran with PTSD-like flashbacks and suicidal ideation. Characters in this story also appear in the Brewing Passion series at Totally Bound.

A strange, thin wail broke through Ryan’s fog of exhaustion. He pulled the pillow over his head and willed the bizarre dream out of his subconscious. His body ached from his hair to his toenails, a familiar feeling from the days when he used to work out daily to improve at his scholarship sport. But the weak noise got stronger, piercing his eardrums and making his heart pound with a newly familiar anxiety.

He rolled onto his stomach, breathing in a lung full of the ubiquitous scent of brewery. The ever-increasing noise, now a distinct shriek of fury, and the smell of his life working as an assistant brewer for the Charleston Brewing Company all clashed around in his half-dreaming state. When the brain-numbing shrieking stopped, as if a switch had been flipped, he sat straight up, his newfound radar pinging.

Throwing off the covers, he stumbled over boots and jeans jumbled at the bedside and nearly broke a toe on the doorjamb in his haste to get out of the room. “Shit! Fuck! Hell! Goddamn it!” He hopped down the hall and slid to a stop outside the second bedroom door.

“Ryan James Shannon, I did not raise you to curse like a sailor.” His mother stood, cradling a small bundle in her arms, frowning at him. She was fully dressed, made up and coiffed the way she always had been for as long as Ryan could remember, even at this ungodly hour. “You’ll hurt the poor wee man’s ears.” She snuggled the impossibly tiny infant against her cheek. “Isn’t that right, young James? Papa must watch his language or fear for his immortal soul.” She frowned at him once more when she passed him in the hall on her way to the kitchen, crooning singsong nonsense into his son’s ears.

Ryan slid down the wall, covering his eyes, ignoring the piles of half-packed boxes and general chaos that ruled his world. The room reeked of shit and sour milk. In the six weeks since he’d walked into that hospital a single man and walked out a single dad, he’d operated on less sleep and more stress than he’d ever experienced in his entire existence. But a renewed sense of purpose kept propelling him forward. A bizarre, almost counterintuitive feeling of empowerment had filled him from the moment the small boy had been handed over, along with a mind-boggling hospital bill. It had kept him buoyant and focused. For that, he would be eternally grateful.

Although he’d be the first to admit that this whole newborn-baby thing was a nightmare of the highest order. The second he’d realized that the doctor who’d called him that morning was not kidding, that he was not being punked by a fellow beer slinger from the pub where he worked, he’d experienced two simultaneous emotions—terror and elation. When he’d held his son for the first time, all awkward elbows and hands and fear, and looked into the child’s deep blue eyes, a calm had settled over his nerves. Until he’d got the kid home, of course, and the crying had started and had not ceased until Ryan’s mother raced to their rescue after his brother, Quinn, broke the news.

“Ryan,” his mother called out over the baby sounds of bottle consumption.

He looked up from an apparent nap on the floor into her eyes. She smiled. “Go on, son, get a few more hours’ sleep. I’ve got our little man here. We’ll be just fine, won’t we, my fine boy?”

To her credit, Moira Shannon had asked no questions when presented with her third grandson. She’d been missing the twins since Quinn’s ex had decamped to California with them. Ryan’s mother had walked in the door of his miniscule apartment, put down her suitcase and held out her arms for the baby. While he packed up in preparation for the trip back to Michigan, Ryan let her take over. He had to—he had absolutely no knowledge of what to do and had bungled making bottles—too hot—and changing diapers—too wet—to the point that the kid was red at both ends and had cried so much he’d been hoarse by the time of the Grandma rescue.

He drifted off, letting his fevered brain calm for a few more moments, replaying the doctor’s words the second he’d walked into the neonatal intensive care unit. ‘Mr. Shannon, meet your son,’ the man had said without a single shred of irony. ‘He needs a name, and I need to know who will be responsible for this bill.’ The nurses had been a bit more sympathetic and let Ryan hold the baby—too small to come home for at least a couple of weeks, but by all expensive testing accounts, healthy.

‘Jamie,’ Ryan had whispered, still in shock that day. ‘James Quinn Shannon,’ he’d recited to the woman writing it all down and making it official. He’d stood and stared down at the boy for what felt like hours when one of the nurses had gowned and gloved him and handed his son into his arms.

He’d called his younger brother, Quinn, when he’d figured out exactly what this all meant.

‘Really,’ Quinn had said. ‘Funny, I keep asking you to come home and help me with this brewery, and you keep saying no. Why would I be inclined to—’

‘Shut up a minute, Quinn, and listen. Carrie…I…we…shit.’

‘I thought Carrie was long gone. What happened?’

Ryan recalled the very real sensation of needing to sit down and have a good cry at that precise moment. ‘There is…a baby.’

Quinn had blown out a huge breath then done exactly what Ryan had counted on—taken over. ‘I’ll send Mom,’ he’d said. ‘And some money.’

‘I’ll come home,’ Ryan had blurted out. ‘I’ll work with you at the brewery. I’ll do whatever you need me to do—clean, sell, whatever. I gotta get the hell out of here.’

‘Yeah, I’d say so, my brother.’ Quinn had laughed, making Ryan both relieved and pissed off—a typical reaction to his brother’s smug perfection, which had also gone a long way toward calming him. ‘And if it took Crazy Carrie dumping a kid in your lap to get you to see the light and get your ass home, well, good for her.’

Ryan dozed but woke within the hour, his newly discovered intuition telling him something was wrong. Sure enough, his mother was pacing, jiggling and singing to no avail. Jamie would not calm. Ryan strapped on a carrying device that felt like a military-issue parachute but was really a simple baby holder. He plopped the whining boy into it and went out into the early morning light for the long walk that seemed the only thing that would calm the kid lately. By the time he got back, his mother had the kitchen almost packed and a giant breakfast on the table for them both.

“Thanks, Ma,” he said, kissing her cheek before unhooking the straps and laying Jamie in his crib, still in the carrier but finally asleep. He sat, ate his mother’s famous healthy start-to-the-day-breakfast and smiled, hoping now that he could really begin his life and stop pretending. The moving truck was due the next morning and he was more than ready to get back home, to his brother’s brewery, to start his life over again.

Amazon best-selling author, mom of three, Realtor, beer blogger, brewery marketing expert, and soccer fan, Liz Crowe is a Kentucky native and graduate of the University of Louisville currently living in Ann Arbor. She has decades of experience in sales and fund raising, plus an eight-year stint as a three-continent, ex-pat trailing spouse.

With stories set in the not-so-common worlds of breweries, on the soccer pitch, in successful real estate offices and at times in exotic locales like Istanbul, Turkey, her books are unique and told with a fresh voice. The Liz Crowe backlist has something for any reader seeking complex storylines with humor and complete casts of characters that will delight, frustrate and linger in the imagination long after the book is finished.

Don’t ever ask her for anything “like a Budweiser” or risk bodily injury.

"Liz Crowe writes intense true-to-life stories that make you feel. Whether it's anxiety, love, fear, hate, bliss, or loss woven into her plot lines, you will feel it deep down to your very soul." ~ Audrey Carlan, #1 New York Times Bestselling Author

"Liz Crowe is one of those rare authors who knows how to take the emotions of her characters and make them real for her readers, binding you to the story.” ~ International Best Selling Author Desiree Holt

Reviews by the Wicked Reads Review Team Ruthie – ☆☆☆☆ I loved how Cole is written as a man who is reminded of his strengths, and that there is more to life than his past. The way that Lynet...

Share what you thought about Sweet Bitter Honey PRINT and earn reward points.