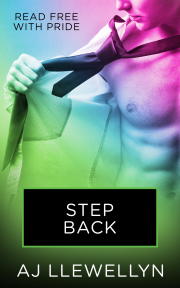 Tito is an ex-world boxing champion who is married to Jack—an airline attendant. Consequently Jack is not often at home, but on a rare week off Jack promises Tito ‘a very happy ending' from an indulgent massage. But do Tito and Jack have the same happy ending in mind?

Share what you thought about Step Back and earn reward points.