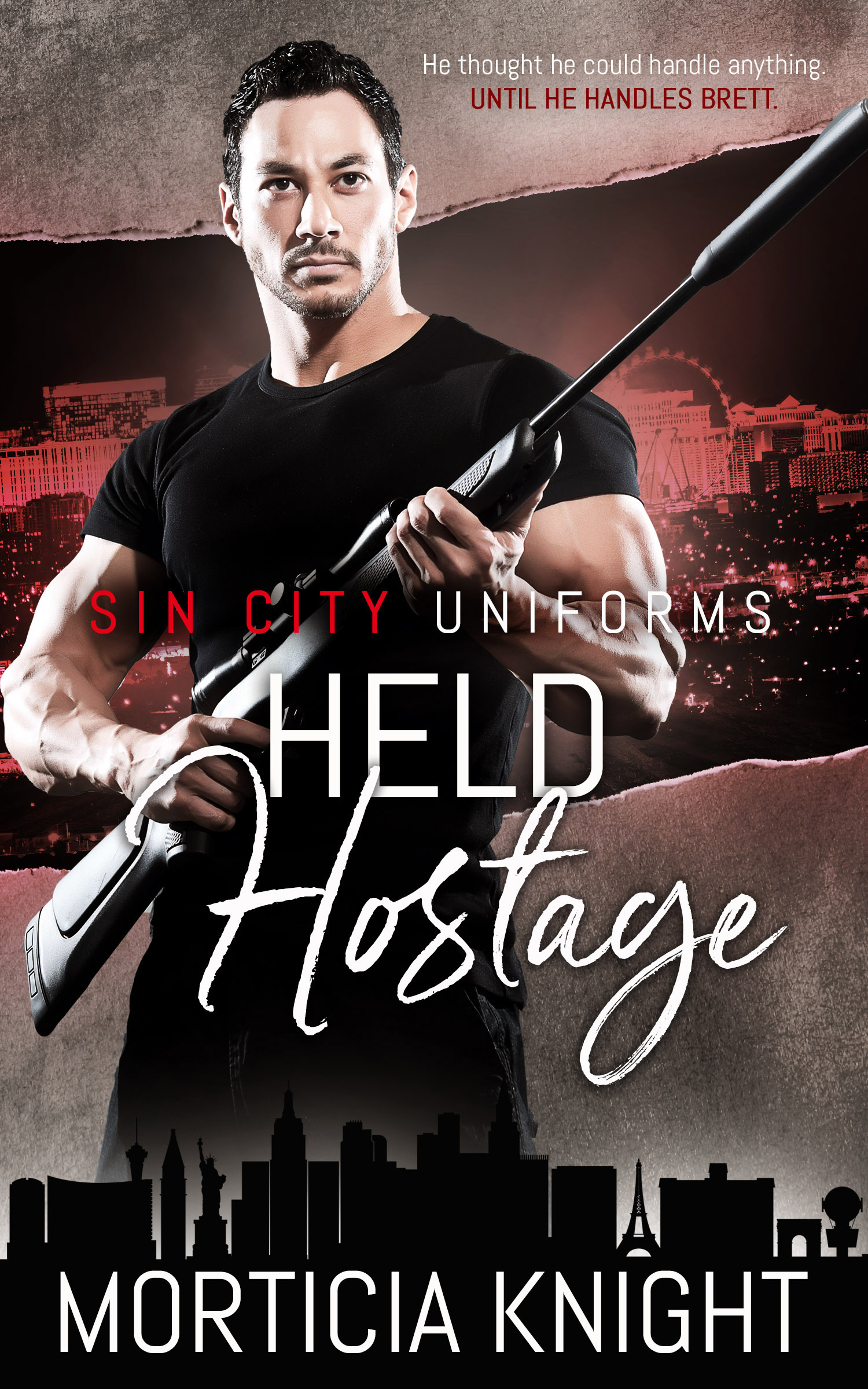 As lead sniper of the Las Vegas Police Department's SWAT team, Cole has faced plenty of danger but has never risked love. He lives hard and plays harder, so settling down isn’t on his radar. Then, a deadly hostage situation arises and Cole is stunned by his attraction to the brave and beautiful man he saves from a bullet.

Brett has been burned before, most recently by Officer Parker of the LVMPD. He's hoping to forge a new life in Vegas and perhaps find love. However, the last thing Brett's looking for is another man in uniform—which makes fighting his desire for the hunk who rescues him from death that much tougher.

What begins as nothing more than two people sharing a sizzling night together spirals into something deeper. Can Brett handle the stress that comes with having a partner whose life is in constant jeopardy? And can Cole risk his heart on an everyday hero, or will work remain his top priority?

A lethal SWAT call might make the decision for them…

Reader Advisory: This book contains scenes of violence and peril, including a threat of suicide.

Publisher's Note: This book was previously released under the same title with Pride Publishing. It has been revised and reedited for rerelease.

SWAT team entry specialist Cole Silva peered through his binoculars at a young man, maybe early twenties, who stood on the roof of over forty floors worth of Dark Fantasy Resort Casino. He lowered the glasses, taking in the scene of chaos surrounding him. The sun was beginning to set behind the hills to his right and he hoped they could get through to the man before it got dark. Cole raised the binoculars again. A gust of wind plastered a gray T-shirt tight against the suicidal man’s torso.

If Steve doesn’t get him away from the edge soon, the force of the wind alone will send him over.

Cole watched as the would-be jumper brushed a lock of dark hair out of his eyes then teetered, dangerously close to ending his own life. Cole waited for orders as he viewed the scene from the ground. The man appeared small, helpless.

A call came in on his radio.

The commander’s voice followed, “Copy that, Z8. Do the best you can.”

When the call had come in, Cole and the rest of the team had been skeptical that anyone could’ve made it onto the roof. Safety precautions were in place. It wasn’t as if the general public could go traipsing up to the top of the tower whenever they felt like it. Once they’d heard that the plea for help had come from one of the maintenance men who’d been held at gunpoint until he’d allowed the agitated man through, they’d realized it wasn’t a hoax after all.

Cole knew Steve and the rest of the team were in position, so all he could do was hang tight. Raising the binoculars once more, he willed the man on the roof to step back. It was utter nonsense to believe his thoughts could change the outcome of the scene unfolding before him, but he couldn’t help it. Death for someone so young was difficult for him to take. He’d witnessed enough of that horror in Kabul. Since working for the force, he’d also seen what happened to a body when it hit the ground at over a hundred miles per hour. He didn’t wish to see it again.

Less than two minutes after the radio fell silent, the boy on the edge glanced behind him then extended his arms at his sides. Although they were too far away to hear, Cole felt sure the suicidal young man was screaming at Steve. This wasn’t his first rodeo.

Come on, kid. Listen to reason.

LVMPD had set barriers around the area in order to keep the rapidly forming crowd at bay. The tourists always loved a good show, but he doubted they understood that whatever they witnessed—should the jumper follow through on his intentions—would scar them for life. A sea of uniforms moved in quickly to control the situation, their primary goal being to prevent the need for a coroner.

Steve has to be successful.

The man on the roof lowered his arms a few moments later, moving a little farther back from the edge—though not far enough for comfort. He was still a threat to himself, but it appeared to Cole that Steve had made some progress. Within another couple of minutes, he was no longer within visual range from the ground and Cole assumed Steve had broken through the poor guy’s tortured mind. However, it was imperative that the commander not interrupt Steve during the delicate negotiations. Another half-hour ticked before Cole’s radio went off again. “We’re coming down.”

Cole sighed, relief coursing through him. Whenever an operation went south, it would fuck with his head for days. Those around him wouldn’t know his inner battle—his emotional armor was a carefully constructed wall, a leftover gift from his Army Ranger days. If he wasn’t so passionate about his line of work, he wouldn’t wish the stress on anyone. But his career with Las Vegas SWAT was what he did, it was what he knew.

The young man exited the building with Steve’s arm wrapped around his shoulders. Steve led him to an ambulance waiting at the scene so paramedics could check him out. When it seemed as if the near-suicide victim was safe and had been transported, Steve strolled toward Cole, fist bumping a number of fellow SWAT team members as he made his way past the people standing between them.

Cole locked eyes with his. Once Steve got closer, Cole was able to whisper to him. “Same bat time, same bat place?”

Steve gave him a flirty wink. “Provided there aren’t any more emergencies, I get off as soon as I’m done typing up my report.”

“Try not to take too long.” Cole playfully whacked Steve on the ass, mindful that no one was glancing their way. “And let me handle the getting off part.”

Steve smiled, biting his lip as he walked away.

The man’s a constant tease.

Cole couldn’t wait to bite even more of him.

Brett has moved to Las Vegas to be a fashion store manager. Cole is a sniper in the Vegas SWAT team. Both have been burned by previous relationships. As a result, Brett occasionally scratches an it...

Share what you thought about Held Hostage and earn reward points.