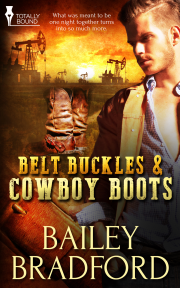 If you're beginning to think that this is just a simple story, with an easy, over-used plot, well, you've never read a Bailey Bradford. She always manages to throw more depth into her characters than...

Share what you thought about Belt Buckles and Cowboy Boots and earn reward points.