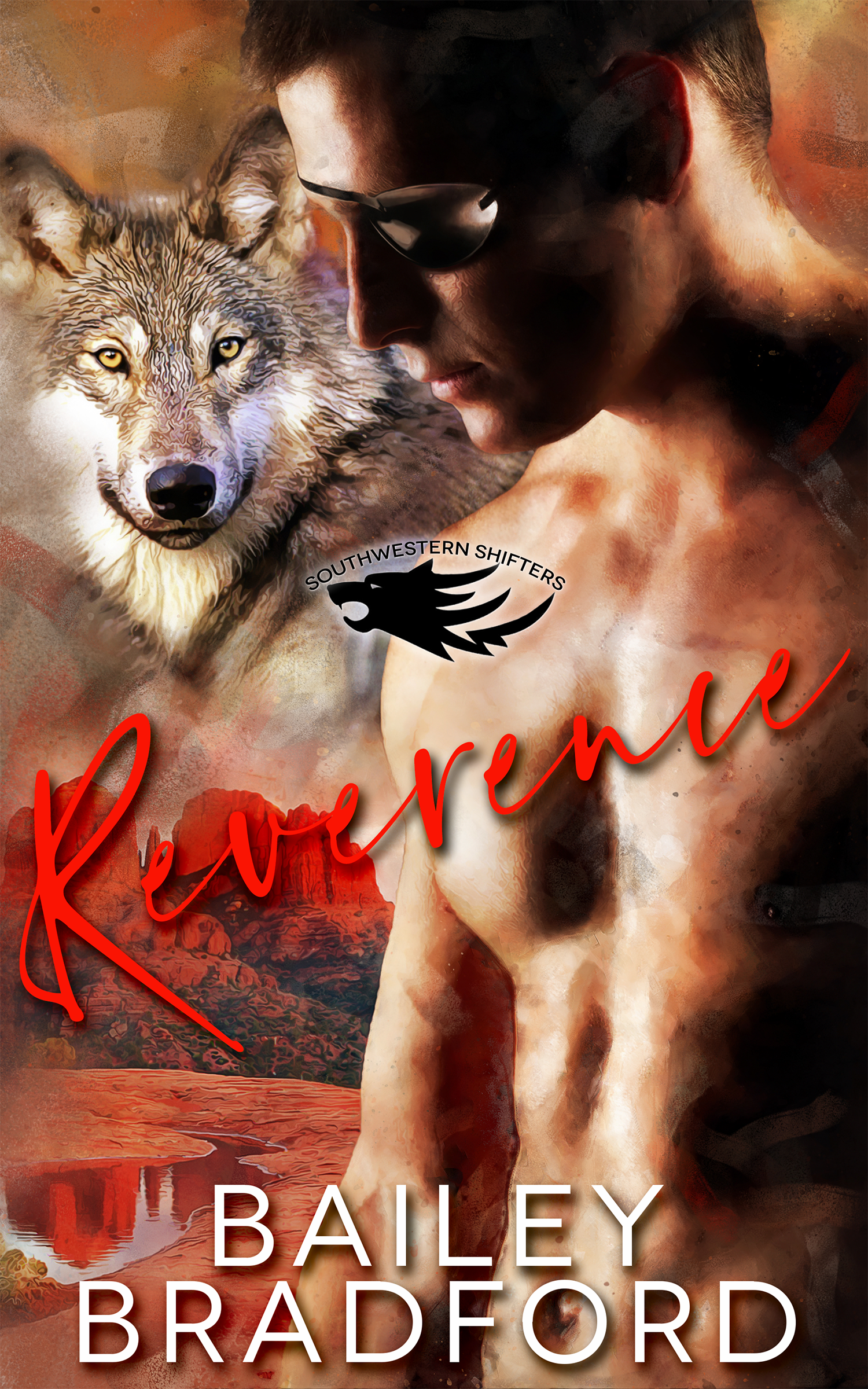 Book 6 in the Southwestern Shifters series

Harley was thrust into the realm of the supernatural at the hands of a sadistic shifter, and his world will never be the same.

Harley's one-night stand turned into a nightmare when a vengeance-seeking shifter kidnapped him to use Harley as a pawn. Things didn't go so well for his abductor, or for Harley. He'd never have believed there were werewolves…shifters, rather, in the real world. After being freed, his mind is a mess and he doesn't know how to cope with the things he's experienced. Fear and anger are powerful emotions, and when they are out of control, the harm caused can scare one's soul.

Val Whitley only ever had one goal in life—to serve in Marcus Criswell's guard. Val had looked up to Alpha Anax Criswell for a long time and was honoured to serve him. When an accident alters Val's life, possibly forever, he fears he'll be of little or no use to his Alpha Anax. What good is a physically damaged shifter, especially one as messed up as he is?

When Val is sent out on an order from Alpha Anax Criswell, he thinks he's being pawned off since he's blind in one eye and is less than any other shifter. He doesn't expect to find a strength he never knew he had, or the love of a destined mate…

Reader Advisory: This book makes reference to assault, physical and threatened sexual in the past.

There came a point where you just had to either accept certain facts, like you were batshit crazy, or reality wasn’t what you’d always believed it to be. Harley Johansen was still trying to figure out which of those truths applied to his situation. He was leaning unwillingly towards the latter and, honestly, he thought he’d have preferred to just be insane. Somehow it wouldn’t be as scary as having to accept the existence of supernatural things.

Like werewolves. Freakish things, they changed from people, contorting and twisting around until they were beasts. Harley had seen it happen numerous times since he’d been abducted from his crappy little apartment in Sedona weeks ago. Granted, it’d been men who had grabbed him then. His own fault there, for being a total slut. He’d been lonely and, as he often did in such a case, he’d gone out and brought home someone he’d hoped would help chase off the sense of isolation, of being nothing in the world.

What a fucking idiot! Harley smacked his hand against his forehead. Again. There ought to be a dent in his skull from him doing that. Maybe if he did it often enough, he’d jar something loose in there, like some previously hidden stash of common sense. He’d been warned before that bringing strangers home was a stupid, dangerous thing to do. Well, duh! Hadn’t one of the people who warned him of that been a fucking werewolf himself?

Not that Harley had known his trick a month or so ago was a freak. Alex had seemed really hot. Lost, too, like Harley often felt. And the guy had fucked Harley like a dream. Then he’d left the next morning and Harley had gone on with his life. He hadn’t mooned over Alex, but had remembered the sex pretty fondly. Alex had done nothing to get him involved in the mess he was now in, nothing to be exposed to an altering of his reality that had nearly cost him his sanity. Maybe still would, because sometimes he just wanted to curl up in a ball and rock and cry, like—

“No!” Harley wrapped his arms around himself and huddled bent in the chair. He wouldn’t give up and let the monsters that had him win. Granted, they wanted him to believe they were the good monsters, as opposed to the ones that had taken him in the first place. But as far as Harley was concerned, they were all fucking psychotic monsters, unnatural creatures that weren’t man or beast exactly, but a frightening blend of both.

As if thinking about them brought them to him—and it might have, Harley had no idea what powers the damnable things might possess—there was a sharp rap on his door. The fear Harley lived with every day spiked higher, right on up to slap his temper awake. Being scared often made him angry, and now was no exception.

Harley uncrossed his arms and pushed up from the chair with enough force that the chair tipped over. He almost felt bad—it was a very nice chair and he hoped he hadn’t broken it. Then again, the rooms he was kept in were nice, period. Warm, homey, tastefully decorated—if his apartment in Sedona had looked like this he’d have never left, or at least not often.

Unfortunately the beauty and comfort of his current dwelling had nothing to do with why he didn’t leave it. That reason was because of the jackass still banging on the damned door. Whichever jackass it was. Harley didn’t want to discriminate—all of the werewolves were scary. They were even scarier when they acted so...so fucking human.

Harley gripped the doorknob and leaned a shoulder against the wall. “Who is it?” It wasn’t time for lunch, as breakfast had been less than an hour ago, so Harley knew it wouldn’t be Anya standing on the other side of the door. And it wasn’t laundry day, so not Craig, either.

Harley closed his eyes and sagged against the wall. Of course it’d be Marcus, and probably his boyfriend or whatever Nathan was called. He’d yet to have one visit without the other, and Marcus in particular never failed to make Harley nervous. He detested being nervous almost as much as he hated being scared, so he generally ended up being either extremely bitchy or utterly silent when Marcus and Nathan showed up. He didn’t know how else to deal with his emotions or the waves of power he could feel coming off Marcus. Even if Harley hadn’t heard Marcus described as the Alpha Anax—or the Alpha of all Alphas in North America—he’d have known Marcus was The Boss. The man exuded a dynamic authority that Harley had never seen in anyone else before.

Which was why Marcus was so intimidating, and why Harley was even angrier around him.

“What do you want?” Harley grumbled, hoping his unwanted visitors would go the fuck away. He just knew one day he’d let one of the beasts in and end up torn into pieces for it. After all, what need did they have of him? He was just a stupid, puny human who had a head full of fucked up.

Yeah, Marcus said please, but he growled the entire sentence out and Harley had turned into one big frickin’ goose bump. Did he really want a pissed-off werewolf—make that two pissed-off werewolves, because he could hear Nathan muttering on the other side of the door—anywhere near him?

“We need to discuss your return to Sedona.”

Harley straightened up and frowned at the door, as if it, and not Nathan, had spoken those words. They were going to let him go home? Back to Sedona? After keeping him here for weeks, in their weird wolf compound, he could finally, maybe, if he believed them and they weren’t fucking with him, he could go home?

After what Harley endured at Joshua’s hands, there was no way he would have accepted an aggressive shifter for a partner let alone as a mate. And while they didn’t wait long before getting sexua...

Love love love this book. I am so happy it was written as it felt like Harleys' story wasn't told yet and there was totally more to him then we first tought. Thank you Ms Bradford for yet another awesome...

Share what you thought about Reverence and earn reward points.