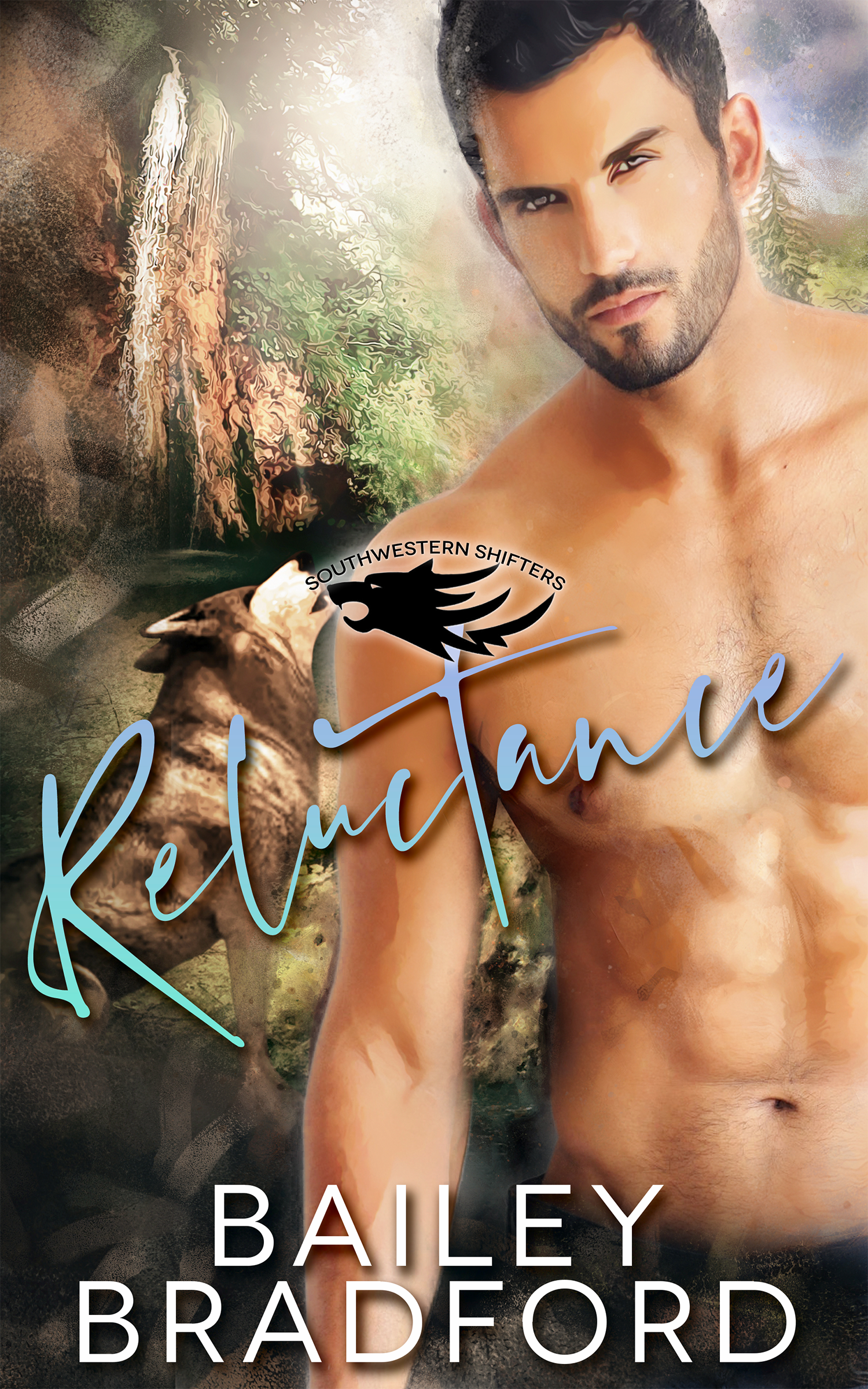 Book 9 in the Southwestern Shifters series

What starts out as a simple assignment becomes everything Keegan ever feared, and everything he ever wanted.

Keegan has served Marcus, his Alpha Anax, to the best of his abilities. After the deaths of several guards a year ago, however, Keegan is afraid he’s going to unravel at the seams. His worry over keeping everyone safe robs him of sleep and any hope of peace.

And people are noticing. Members of the guards he is captain of think he needs to get laid, or at least remember how to laugh. Keegan thinks they need to learn that there are boundaries they shouldn’t cross with him. When he learns of a security breach by Marcus’ brother Aidan, exposing a flaw in the safety measures Keegan has set in place, Keegan is desperate to find someone to make sure the electronics at the shifter compound are break-in proof.

Marcus and Nathan are worried about Keegan. When they find someone to do the job Keegan needs done, they make sure Keegan is the one to take a short trip to Brazil to pick up the security expert, Olin. But when Olin and Keegan meet, they snap and snarl at each other while fighting the mating bond that keeps flaring between them.

Then something happens that forces them both to depend on each other, and if they’re lucky enough, they might even survive the ordeal. But first they’ll have to escape their would-be captors, and make it through the rainforest, where strange things are bound to happen.

The guards moved in almost perfect synchronicity, limbs flowing like waves, smooth, steady, strong. If one didn’t know better, it could be assumed they were dancing.

Of course, in their camo cargo pants and khaki shirts, they made for an impressive sight. Dancing soldiers.

Marcus snorted and Nathan jabbed him in the belly. “Be nice. I don’t see you out there doing all that stuff.”

“I don’t think I have the rhythm—” Marcus began, but Nathan was already pushing him toward the back of the troops. “Nathan, you know how I dance.”

Nathan kept pushing him. “And I know how you fuck or, rather, how you move for me when I’m fucking you. Like a dream, Marcus,” Nathan purred, so low Marcus almost couldn’t hear him. “Like every man’s fantasy lover moves, so sweet and fluid and giving…”

Marcus hissed, Nathan’s words going straight to his dick. “You think I can do anything like that”—he gestured to the men and women practicing Tai Chi—“with a hard-on?”

When that didn’t get him a reprieve, Marcus was reduced to whining. “Nathan, come on. They’ve been practicing for almost a month and I’m going to look like a fool trying to jump in now.”

“I’ll be looking like just as much a fool, right there beside you,” Nathan promised.

“That hardly makes me feel better.” But Marcus let himself be poked and prodded along until he was standing beside Nathan, both of them behind their guards. “You’re going to make this worth embarrassing myself.”

It wasn’t a question.

Nathan grinned at him and waggled his eyebrows. Then he flipped his long, red braid over his shoulder so that it hung down his back, the tail of the red strands brushing his pert bubble butt. “Pay attention,” Nathan said.

“I am.” Marcus could stare at Nathan all day.

“To the instructor.” Nathan turned his pert nose up and slid into a position as easily as the guards did.

Marcus was so screwed. He wasn’t surprised that Nathan seemed like a pro in a matter of minutes. The man was all kinds of flexible, being a gymnastics pro. Once he’d had his own gym and students and—

Well, he still had students, and a gym of sorts, although now it was on the pack property, in the compound. Nathan had shifter kids doing flips all over the place.

Nathan growled and Marcus considered ignoring him, but really, if his guards were doing it…

Once he’d loosened up and quit worrying about looking foolish, Marcus didn’t do half bad. He didn’t think so, anyway.

But Nathan… He was pure beauty and elegance and whatever the hell the spirit of Tai Chi was supposed to be. Marcus had never wanted him as badly as he did while watching the way Nathan flowed into every move. Marcus might not have been half bad, but Nathan was perfection.

It wasn’t just lust Marcus was feeling, though. Every time Marcus thought he couldn’t possibly love Nathan any more, he was proven wrong. It was, he supposed, the nature of mates. They grew closer over time, and never reached a place where that leveled out. At least, he didn’t think they did.

“You did good,” Nathan said when the practice was over.

Several of the guards acknowledged them both, and Marcus noticed that they all seemed to be puffed up with a bit of pride. He should have been out here practicing with them sooner, but he’d been too busy thinking he’d look like an idiot. Sometimes being the Alpha Anax and ruling over all the packs in North America could make a guy self-conscious.

Keegan Austin, the captain of Marcus’ guards, stopped in front of Marcus. “Thanks for this. It makes a difference to the guards.”

Marcus waved at Keegan as he studied him. Since the attack that had left several of the guards under Keegan’s—and Marcus’—command dead almost a year ago, Keegan had lost that merry part of his personality. Marcus was close to giving up on ever seeing it return.

“If nothing else, it’ll give them something to laugh about,” Marcus teased, but Keegan shook his head vehemently.

“No, sir. Not one of our guards would be so haughty,” Keegan vowed.

Marcus sighed and rested a hand on Keegan’s left shoulder. “I was teasing, Keegan.”

“Yes, sir.” Keegan averted his gaze. “I need to go check the perimeter.”

Marcus considered cracking a joke about Keegan dismissing him, but had enough forethought to realize that Keegan would only apologise profusely. “Go on then.”

“Alpha Anax, Nathan.” Keegan bobbed his head and jogged off, a dozen guards quickly falling in behind him.

“I think if we got Sissy Dee back here, he’d maybe not be so miserable,” Nathan murmured.

Marcus dismissed the idea in a kind tone. “No, she’s happy serving the South American Alpha Anax. No use in trying to convince Ryder to let us have her back here. Plus her mate would probably be pissed.”

“Probably,” Nathan agreed. “But Sissy and Keegan were pretty close. Seems like he doesn’t have any friends. Did he have friends before? How do we not know that?”

“Not really. Being the captain of the guards means not being friends with any of them. Friendly, sure, but not friends. There has to be a line between him and those he leads.”

“My brother and his mate, Gabe and Mika,” Marcus said, thinking it over. “There aren’t many people that I’d consider close friends. Gabe and Mika, well, they weren’t even part of our pack for a good while.”

“It’s difficult being friend and leader,” Nathan murmured, knowing it but hating that it was true.

“Too many people expect favoritism, and too many more are quick to make accusations of such if they aren’t the ones I’m close to,” Marcus confirmed. “I learned that quickly when I first became Alpha Anax. You find out quickly who your true friends are in times of power, and times of loss.”

Nathan was out and out indignant on his mate’s behalf. “Fuck anyone too stupid to appreciate you. I hope their liver falls out their butt.”

Marcus snorted then laughed so loudly several of the guards turned to give him a startled look. Nathan arched a brow at them and they went back to minding their own business. Well, he couldn’t blame them for looking. Marcus was gorgeous and he had a laugh that made you want to join in with him. Nathan realised he’d heard it far too rarely in the past several months. But being the Alpha Anax was serious business.

With the action increasing in the last couple of books, I’d suggest that Bradford is getting a bit bloodthirsty. However she remains true to the romance aspect of the series and while the conditions are n...

The author has created a fascinating world of shifters with captivating characters that I found to enjoyable and entertaining. It kept my attention from beginning to end and all the ch...

Share what you thought about Reluctance and earn reward points.