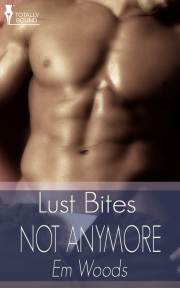 When Dan Perry meets Logan Hall on the beautiful beaches of Hawaii, he knows keeping the man of his dreams means facing the demons of his past…but will his paradise be lost when he finds out Logan is really his boss?

Senior analyst and programmer Dan Perry needs a vacation. He finally talks his boss into giving him a week off to fly to Hawaii with his sister and her boyfriend. He knows he will be the third wheel but he has to get out of the office. And away from his abusive ex-boyfriend.

Two days before Dan is due to catch his flight back to Detroit, he meets Logan Hall. Even though he had no intention of outing himself to his family, things go awry when Logan accidentally does it for him.

As the second partner in the software firm where Dan works, Logan has wanted him from a distance for over a year. Now that he knows Dan is free, Logan intends to make his move. Things in Hawaii heat up when Dan is abducted by his ex-lover and these two honourable, loving men must face their worst fears to find the love waiting on the other side.

Enough so, even men stared. Dan Perry shoved his shades up on his nose to hide his gaze. Good thing he was sitting down because his knees wouldn’t have held him up.

He shook his head to clear his thoughts. The man couldn’t be that freaking gorgeous. Bronze skin stretched taut over his muscles, blond hair just brushed his collarbones and the prettiest blue eyes stared right back at him.

The quirk of a blond eyebrow sent heat streaking up Dan’s neck. The one drawback to being a redhead, his fair skin showed a hot blush if a gorgeous guy even looked his way.

The man pushed off the sand and headed in his direction. He looked close to six-three and he moved with purpose, never breaking stride as he weaved through the crowd.

Dan grew hard under the heavy gaze pinning him to his seat. Why now? A groan escaped Dan’s suddenly parched throat, drawing the unwanted attention of his younger sister.

He dragged his eyes away from the Adonis coming their way. “Sure.”

But he knew the minute she saw the other man. Her pupils dilated and her breath grew shallow. Oh yeah, he knew that feeling.

The stranger’s deep rumble raised goose bumps, sent a jolt straight to his balls. Dan strove for some measure of control. “Yes?”

“Would you like to dance?” Adonis flicked his thumb towards the other end of the beach where a local band pumped out a decent cover of A Groovy Kind Of Love.

His sister wasn’t to blame for her presumptions. It was one facet of Dan’s life he kept to himself. But apparently, this hottie had no such closets.

“I didn’t ask you.” His gaze turned ice cold at her interruption.

Hi all! Let's see, a little about me. I am an Army brat, which lends to my imagination…and I am a wife & mother of two energetic little boys, which gives me my sense of humour. I started writing in high school for the newspaper and have written steadily since then for my own enjoyment. I have lived a little of everywhere thanks to the travel bug I inherited from my dad, but currently am push-pinned in southeast Michigan. A typical day is a little crazy but I always work in writing time and I love chatting with friends. Feel free to visit me at my website.

This was a great book to read. The story sounds pretty straightforward initially, but then all kinds of surprises happen to reveal the much deeper background and character motivations...This is a wonderful...

Share what you thought about Not Anymore and earn reward points.