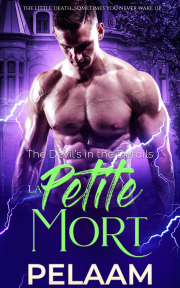 Book 4 in the The Devil's in the Details series

The little death… Sometimes you never wake up.

When Samael, an incubus-possessed witch, escapes Garen and Luke, leaving not just another victim but also one of their own injured in the process, Garen is determined to track down the demon.

Its trail vanishes when it leaves New Zealand, only to be eventually picked up again by a team working in the UK.

Invited to assist them, Garen and Luke travel to England to meet the other team of investigators—Emery, his husband Alex and their friend Kadin. They also meet an unusual and unofficial team member, Grim.

The incubus has gone to ground in the country home of Steven Huntleigh, rich playboy and president of the Hellfire Club.

Emery, Luke and Kadin infiltrate the club and Kadin risks flirting with the incubus.

When the time comes to battle the demon, will the team be able to resist its lure—or will they become additional victims of its insatiable appetite?

From his vantage point at the back of the room, Luke watched Garen as his husband paced back and forth, gesticulating sharply and trying to get the woman across the table to engage with him.

But, far from cooperating, she looked increasingly more irritated. Luke stifled his sigh, knowing that the sound would only annoy her further. It’s not like I’m surprised. Melani-Leigh Waru-Richards was a socialite—rich, attractive, at least superficially, and used to others doing what she wanted, not vice versa. Her reputation had preceded her—arrogant, spoiled, demanding and downright rude.

But she’s also one of our three prime candidates for dying at the hands of a demon or demonic entity on the night of the upcoming full moon.

With Thomas’ approval, Garen had brought her to their headquarters where he and Luke were hoping to persuade her of the danger and have her agree to protective care until the moon waned. The full moon is just two nights away. As much as she’s proving to be a stupid, stubborn fool, I still don’t want her to be another victim.

“We wouldn’t be wasting your time, our time or anyone else’s if we didn’t believe the threat was very real, Ms. Waru-Richards.” Garen stopped pacing, slammed his hands down on the table and leaned toward the woman. It was a tactic that had worked many times in the past, but not with Melani-Leigh, who pursed her lips tightly and glowered at him before rising slowly from her seat.

“The name is Warnock.” Garen growled the words and Luke quickly went to his husband’s side, laying a hand at the small of his back, wanting to defuse the situation. Now that he was closer to the woman, he could see why she’d been described as a ‘plastic princess’.

Although her face appeared wrinkle-free, her hands told another story. Luke already knew her hair owed more to extensions than natural tresses. False eyelashes, fake tan, synthetic nails, artificial hair and silicone breasts. But for someone who’s in her late forties, from a distance she could pass as still in her twenties.

“All we’re asking you to do is to allow us to put you somewhere safe for the duration of the full moon. It’s just for a couple of nights.” Luke turned on all his persuasive powers, but Melani-Leigh simply folded her arms, her posture ramrod straight.

“You don’t even know for sure that I’m even in any danger, do you? Well, do you?” She looked from Luke to Garen then back at Luke. “Exactly as I thought. No, you don’t. You don’t know anything.”

“We know two people have already died, and we’d like to prevent a third.” Garen drew himself to his full height and glared down at Melani-Leigh.

“If we could be more specific, we would be,” Luke added as he rubbed soothing circles on Garen’s back.

“I have two very important functions to attend.” Melani-Leigh flicked at imaginary dust on her designer jacket sleeve. “Both involve charities that I personally sponsor—and not only am I expected to be there, I shall be. There will be top celebrities in attendance. Look… I’m no fool. I have a hand-selected team of expert security personnel who will be with me at all times. I can assure you that I won’t dismiss your concerns, but they won’t stop my life, either. No one but those closest to me, or most trusted, are permitted anywhere near me. I take it that this…creature doesn’t attack in full view of hundreds of witnesses.”

“No, but—” Garen started, and Luke winced as Melani-Leigh held up a perfectly manicured hand.

“No. You said it yourself. I will invite no strangers into my home. I’ll even salt the doors and windows and burn sage.” She cocked an eyebrow at Luke. “See? I’m aware of protections.”

“There’s nothing we can say to persuade you otherwise?” Luke asked. We can hardly threaten to lock her up if she won’t accept our help, and it is possible that she isn’t the intended victim.

“No. And if I thought I was in danger I’d have already done something about it. In my position, I have to be mindful of stalkers, overzealous fans, potential thieves and would-be kidnappers. Tell you what…” Melani-Leigh reached into the Gucci purse that she’d set on the table and drew out two gold-embossed invitations. “I’ll have you added to the guest list, Inspector.” She scribbled quickly on each card. “There we are, Inspector Warnock and guest. You can keep an eye on things right through the evening.”

“Thank you.” Garen accepted the invitations, passing them straight to Luke without as much as a glance. “We won’t keep you. There’s nothing more to be said.”

“Look… I appreciate you have a job to do, but believe me, my security is second to none. I pay for them to be the best.” Melani-Leigh hooked the purse over her wrist and sauntered to the door. “See you on Friday night.” Without a backward glance, she left the room, the door closing softly behind her.

For a moment there was silence in the room and Luke finally allowed himself the heavy sigh he’d previously banked.

“Fucking arrogant idiot.” Garen snapped out the words, his expression a mix of irritation and concern. “‘I pay for them to be the best’.”

“I suppose we could have shown her the desiccated corpses we have.” Luke sat on the edge of the table. “But she’d have probably put in a complaint against us. At least we can be on hand.” Luke fanned the invites and Garen snorted.

“But we can’t have a protective circle or a backup team ready to support us.”

“If Thomas will throw his weight behind us, I’m sure that we can arrange with the hotel manager to allow us to have a room where we can set up a protective circle…just as a precaution. She was right in one respect. Neither of the victims were attacked in the open. One was in bed, and the other was sprawled across a kitchen table.”

“And both were naked.” Garen cocked his head. “Which suggests to me that sex may be involved. We couldn’t tell anything useful from the bodies. They were far too desiccated.

“Which could point toward a succubus or an incubus.” Luke sighed. “One that doesn’t care whether its victims are male or female. So many ifs, buts and maybes. We need to narrow down the search for ‘what’. Then we may find the ‘who’.”

“No signs of forced entry. Nothing out of place or missing. In both instances the victim’s friends even described them as very happy.” Garen rubbed his chin. “No. There was another phrase.”

“A new lease on life.” Luke snapped his fingers.

“Yes.” Garen nodded slowly. “That’s it. Over the past few weeks, they’d had a new lease on life—almost identical in both cases.”

“Then I suggest we find a few close friends of Melani-Leigh’s and see if she’s having a new lease on life. If so, then she’s the one we’ll target, and I’ll organize teams for the others.”

“Perfect.” Luke pecked a kiss to Garen’s cheek. “And I’ll make sure we have protections and spells for dealing with an incubus or a succubus.”

“Take care out there. Keep in touch. I’ll see you later. Come back here when you’ve got what you need.” Garen pulled Luke into a tight hug, and Luke wrapped his arms around his husband’s waist.

“I will.” Luke tilted his head and Garen gave him the kiss he craved. For a moment Luke lost himself in the feel, taste and scent of his husband. Reluctantly he slowly eased back. “I won’t be too long.”

“Good. By the time you return, I’ll have the teams organized and get Thomas to deal with the hotel hosting our potential victim.”

“Get schematics. We can map the place out and ensure we have everything covered.” Luke grinned up at Garen. “If the demonic force strikes there, we’ll have enough protections in place to deal with it.”

“Will do.” Garen gave a curt nod, then spun Luke around, swatting his ass to make him move forward. “Let’s get this started. I’ll feel happier when you’re back here.’

“I won’t be long.” Luke set off at a trot. The sooner I get going, the sooner I’ll be back. 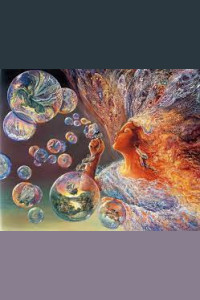 Share what you thought about La Petite Mort and earn reward points.