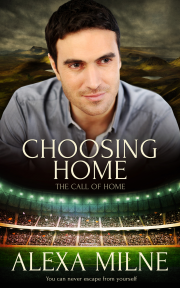 Book 1 in the The Call of Home series

Healing,accepting, loving. What a perfect tale.

Zac is so patient, Seth, so broken, but it’s not a sad cry ever page book, it’s all about healing, finding joy, love, laughter. Every...

I loved this story! The author created a very touching and moving story not just about love but of acceptance of oneself and the importance of getting the help you need, even from a professional...I will...

Share what you thought about Choosing Home and earn reward points.

Other books in the The Call of Home seriesView Series Page