Here's what Editor Sue has to say about Safe Limits: 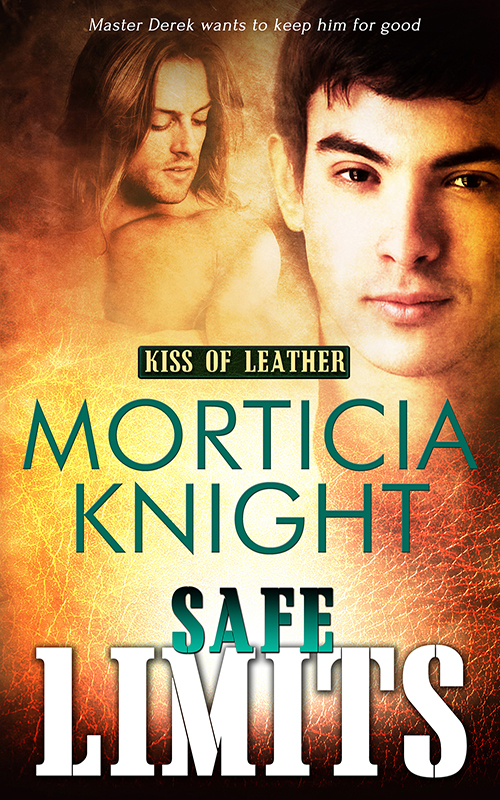 "This is another great Morticia Knight story. Her characters come with their own baggage and she writes about damaged people so beautifully."

The men from Kiss of Leather gather together to rescue a terrified young sub. But it’s Master Derek who wants to keep him for good.

Corey ran away from his Master after a horrible scene, but he blames himself for everything that happened. No Master would ever want him if they were to find out what he did. Corey’s not sure if he’ll ever feel safe enough to give himself to a Master again anyway, even if all he’s ever wanted was to belong to somebody.

Master Derek agrees to watch over Corey until Josh and David return from the convention. All he needs is another pretty twink messing with his head and his heart, so the older, growly bear of a man determines to keep his distance. But when Corey wakes up screaming after a devastating nightmare, Derek is more drawn than ever to the young sub—the need to keep Corey safe from whatever or whoever has hurt him becoming his main priority.

Kyle and Corey develop a friendship when Corey assists Kyle in the dungeon furniture workshop. Kyle has his own fears—the ones that make him feel he’s broken because of the things he desires to do with Gavin. Through helping Kyle and receiving his own help via Derek, Corey decides he’s ready to let go of the demons from his past and move forward into a new life.

Now if Corey can only get Derek to believe that he’s ready—and to finally do something about it.

Reader Advisory: This book contains a flashback scene of rape by multiple aggressors.

Love the sound of Safe Limits? Get your copy here, today!