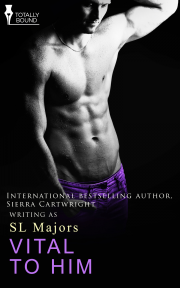 Hot sex in the back of a limo? Billionaire Brenton Marston is stunned when his street-wise chauffeur welcomes him home in a way he never expected, and Brenton wonders who is really in the driver's seat.

Billionaire Brenton Marston has rules meant to keep the boundaries clear. He respects his employees and never wants anyone to feel as if they owe him anything.

Robert Silles, the reformed hoodlum, has desired his boss for years. Robert has fantasised about introducing Mr Marston to the pleasures of man-on-man sex, fucking him and sucking him until he forgets his numerous stresses. When his trusted chauffeur suggests a hook-up, Brenton is stunned, but he knows he shouldn't be. No one knows him better than the man who's seen him at his best as well as his worst.

It shouldn't surprise him that Silles knows him and his innermost secrets. In fact, Silles recognised the truth before Brenton ever did. Silles' suggestive offer turns Brenton on. Damn if he isn't attracted to this broad, handsome, sexy man, in a way he never wanted anyone else.

The question is, will Brenton push aside his inhibitions and reservations? Will he allow his chauffeur to give him what he craves? Will he willingly surrender to the orders of his servant?

Publisher's Note: This story has been previously released as part of the Promoted by the Billionaire anthology by Totally Bound Publishing.

Robert straightened his cap and brushed a speck of dirt off his neatly pressed chauffeur’s jacket before pushing away from the gleaming black stretch limousine to greet his employer. Stairs were being pushed up to the small, expensive jet. It would be only a matter of a minute or so until the plane’s door opened and he finally saw Brenton again. How long had he been gone this time? Almost a week. To Robert, it could have been a month.

For Colorado in early autumn, the evening was mild. The sun was setting behind the Rockies to the west, painting the sky with vivid oranges and purples. Since he was focused on waiting for the door to open, he barely noticed anything.

After an interminable wait, Brenton emerged.

Robert’s breath constricted as the other man descended the metal steps. Brenton’s shoulders were slumped. Now that his father had been diagnosed with dementia and his mother wasn’t coping with her strong husband’s decline, Brenton seemed to carry the weight of the Marston family’s empire on his slender shoulders.

What Robert wouldn’t give for the opportunity to help his boss relieve some of his stress. But the mere hint of that would cross the boundary lines the Marstons kept between them and the hired help. "Welcome home, sir," Robert shouted above the roar of a departing plane. He sincerely meant the greeting. He couldn’t keep the grin off his face. For the last few days, he’d felt like a little kid anticipating the arrival of Santa Claus. "How was your flight?" He moved in to claim the man’s expensive leather briefcase. Some designer label, he knew. But unless it had something to do with cars, logos meant little to him.

"The car is cool. I’ve poured you a whisky."

It was a fantasy to hear Brenton call him anything other than his surname. Robert opened the rear door. As Brenton slid inside, Robert caught a whiff of the man’s scent. He smelled of power, of success, of ambition, all laced with pheromones. It had musky undertones, and Robert knew it hadn’t come out of a bottle. Harnessing his thoughts, Robert placed the briefcase on the carpeted floor and then closed the door.

Another employee hurried over with the rest of Brenton’s luggage, and Robert took it from there. Anything for the man who’d seen his potential and offered him a respectable job. He’d started at the bottom, waxing the estate’s vehicles, washing car windows and performing small maintenance jobs such as changing the oil, checking the antifreeze and adding windshield washer fluid. He’d also been assigned responsibility for maintaining their boat and golf cart.

The family, he’d realised shortly after joining them a decade ago, had more money than some small countries, but they economised where they could. At times, Brenton was required to travel on commercial flights.

Robert had been around the Marstons long enough to know they were all serious about philanthropy. They treated their employees fairly and participated in charity fundraisers, but they were also expected to increase the family’s coffers for the next generation.

SL Majors enjoys living on the edge. She pens stories to tantalize and arouse, maybe shock and, hopefully, to make you think.

From her earliest years exploring England and Wales (and finding out early what nettles are!), she's learnt that things aren't always as they seem. She hopes to capture that in her stories.

She encourages you to delight in life and the unexpected, embracing each experience. It's her greatest hope that at the end of her stories, you'll say, "What if?"

Share what you thought about Vital To Him and earn reward points.