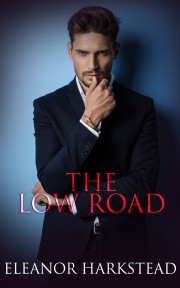 Can a lonely driver and a tragic hitch-hiker cheat both time and death?

One night in the pouring rain, Alex stops on Gallows Hill to pick up a hitch-hiker. But when the hitch-hiker vanishes from the passenger seat, Alex fears for his sanity.

Then he discovers that Gallows Hill is a place filled with ghosts—of smugglers, witches and highwaymen.

When Joe appears again on Gallows Hill, Alex dares to hope that they can cheat both time and death. But how can there be a future for them when Joe is trapped in a few minutes of a rainy night forty years before?

The rain had only been light when Alex had left his mother’s house on the island, so light that he’d decided to drive home rather than stay over. But the rain had grown heavier, the clouds bringing on premature night. By the time Alex had driven past the Roman burial mound and was heading out across the causeway, he’d had to slow down, his windscreen wipers struggling with the force of the downpour.

Maybe I should go back.

But the tide was on the turn, the water running fast. He was only just going to get across to the mainland before the sea would rise over the marshes and the skeletal ribs of old wrecks and cover the causeway. There was nowhere to turn until he reached the other side, and by then the causeway would be under an inch of water. More than that, in this rain.

Drive sensibly and you’ll be fine.

Alex turned on his fog lamps, which showed him the sea beginning to silver the edges of the causeway. It was oddly beautiful for something so dangerous.

He sighed with relief as soon as he reached the mainland. But ahead of him, there still remained the twisting country lanes, lined with tall, dark trees and gnarled branches, thick hedges and uncut weeds.

The rain battered the roof of Alex’s small hatchback, a metallic percussion that he drowned out by turning his car radio on. Not wanting to take his hand from the wheel for too long, he left the radio tuned to the first station it came to. Golden oldies pop songs soundtracked Alex’s slow, painstaking drive through the dark, poorly lit lanes as he continued on through the night.

Until, up ahead, leaning out into the road, Alex saw a figure.

Alone and out in the countryside in this weather?

He saw a red anorak with the hood pulled up, and a thumb jabbing into the rain. Alex slowed to a stop and the slim figure ran up to his passenger door and opened it.

Alex was greeted with a grin, so out of place on this horrible night, and Alex couldn’t help but smile back as the young man with rain dripping from his hood leaned into the car.

“You going into town?” the hitch-hiker asked. He had a friendly voice, with the slight, soft rural burr of the local accent.

Alex turned the radio down. “I am, yes. You better get in before you get washed away!”

“Thanks!” The hitch-hiker climbed in and closed the door behind him. In the light from the dashboard, Alex watched his passenger put his bag in the footwell and pull his hood back to reveal a fine-featured profile and large blue eyes. His dark blond hair was in need of a cut, falling in wet curls around his neck and the edge of his face.

“Joe,” his passenger replied, taking Alex’s hand. Alex tried not to wince at the iciness of Joe’s grip.

“Let me just turn the heating on. You must be freezing—how long were you waiting out there for?” Alex fiddled with the settings, one eye on Joe as the heaters blasted into life.

One stormy night, Joe was in an accident and killed after hitch-hiking a lift on Gallows Hill. Forty years later, he’s still hitching a lift. One stormy night Alex picks up Joe and soon realizes that...

Local legends and tales of ghosts blend with vivid imagery and a large dash of romance in Eleanor Harkstead’s short story, The Low Road. In very few pages Harkstead gives us a colorful tale by ca...

Share what you thought about The Low Road and earn reward points.

Buy Now: £4.99
The Captain and the Theatrical

Buy Now: £3.99
The Captain and the Father of the Bride