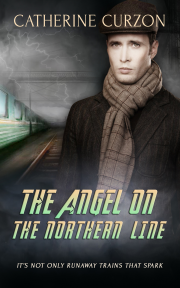 The Angel on the Northern Line

When your average, run-of-the-mill retired superhero Latin teacher meets an angel on the underground, it’s not only runaway trains that spark.

Long since retired to teach Latin in a London school, the man who used to be Mithras wants nothing more than a cup of tea and a quiet life. All that changes thanks to a runaway train on the Northern Line, and a red-headed Scottish angel whose eyes are bluer than a summer sky, who just happens to have a thing for chaps in tweed.

Christian is swept along by Freddy Rose’s passion and enthusiasm, and his efforts to resist the Scottish angel’s attractions aren’t exactly heartfelt, but can the passionate angel and an encounter with a very important lady tempt Mithras back to a life of adventure?

Publisher's Note: This book has previously been released as part of the I Need a Hero anthology by Pride Publishing.

Once upon a time, saving the world had been easy. There were heroes and villains, right and wrong, and no matter how thorny things got, good always saved the day.

Once upon a time, there had been a place for superheroes.

Once upon a time, long, long ago.

Back then they’d lit up a million childhood dreams, their stories caught forever on fading newsprint and flickering newsreel. They’d been there as boys had been slaughtered in their millions on distant French and Belgian fields. Some had been glimpsed in the skies or in the shattered cities of the second great war, miraculous acts of heroism little more than dewdrops in an almighty, unstoppable ocean.

They had never been legion but they’d been there, clad in dazzling costumes and shining armor, hands on hips on the cover of glossy magazines, flying above the clouds to ease a plane safely to earth or standing firm though an earthquake rocked the world around them. Once there had been the woman from Nebraska who had been able to read minds from half a continent away, the teen from Madras who had flown faster than any airplane, the infant who’d spat fire from the palm of their hand. Once, there’d been something to believe in.

It had given people hope.

So what had become of those heroes?

For every one of them that had chosen celebrity and a home in the Hollywood Hills, another had faded into the world of whispers and bedtime stories. Some said that they had never been real at all, but were actors who could convincingly play the idol, hired by governments desperate for an injection of propaganda. Others claimed that they had been spirited away by their own sides, sent off to colonize distant stars or drilled down to the center of the earth. One or two held on to the hope that they were still among the people, still saving lives and doing good but doing it quietly, those bright costumes consigned to the bottom of the wardrobe with last year’s winter coat.

But nobody ever thought of the Northern Line.

Yet it was here, on a freezing Friday evening in December 1955, that a hero could be glimpsed, should anyone be looking. Not that anyone would know the man who used to be Mithras, of course, because this particular hero—tall, broad-shouldered, still attractive in that careless kind of way—had raised blending in to an art form. At an age when most men were doing their best to preserve their looks and keep their waistlines at bay, Christian Winter was doing all he could to be just another man on the Northern Line. Despite the unremarkable suit and coat, the hat brim pulled down low over his eyes, he was still plagued by that undefinable something that he couldn’t quite lose. Perhaps it was the way he moved, the swift sureness of his passage through the late rush hour crowds, the smooth speed with which he navigated the crush, nimbly dodging this way and that as he made his way down the rain-spattered stairs into the underground, leaving the freezing streets behind.

The crowds on the platform were thinning out just a little as evening approached and he dutifully took his place among them, peering along the line for the train simply as a matter of a habit. He could see everything in that pitch darkness beyond the tunnel mouth if he let his eyes adjust, could hear the vibration of the train on the rail—a comedown for superpowers that had once saved whole battalions, perhaps, but useful as a commuter nonetheless. For a moment, Christian lifted his hat and ran his hand through his silvering hair, then he listened, tuning out the world and tuning in on the rails instead. The bustle of the commuters dimmed and he focused on the sound of the oncoming train, glad to hear that it was close by.

Two minutes, Christian decided, timed it just right. He knew already what the rest of the night would hold—the short walk from the station to his Hampstead home, good whiskey, a long hot bath then nothing to do for days. No worlds to save, no damsels in distress, no planes falling out of the sky and no children who didn’t want to learn Latin flocking into his classroom. Nothing but cake, tea and a long lie in.

Just as Christian had predicted, the train rolled to a halt with the passing of the second minute and he joined the polite surge that boarded. He carried out his little bit of heroism for the day, lifting a heavy pram effortlessly onto the train for a grateful mother and surrendering the last seat to her. Then, gripping tightly to the strap that hung above his head, he kept his eyes on the window as the train began to move.

“Look at me, stamping all over you!”

Christian heard the Scottish accent a moment before he registered the slight weight of another person’s foot standing on his. He glanced to the man who had spoken and found himself looking at one of the most absurdly, impossibly beautiful men he had ever seen. How did someone like that exist outside of classical marble or romantic oils? How did anyone have eyes so blue, hair such a vivid red, bone structure so delicate that it must have been chiseled by a master, and all of it set off by a smile that seemed to light the entire carriage? For a long moment they gazed at each other then the man confided playfully, “And I can’t promise I won’t tread on you again before the journey’s over.”

“It’s a risk worth taking,” Christian replied, unable to help but return the smile of this handsome man, who must be a decade his junior at least. Of course, all he felt then was acutely aware of his own middle age, the fact that he was a harried teacher in smart but far from flamboyant clothes, a sensible hat and—oh, God—the scar. The wound that tore a ragged trail from his left cheekbone to the strong line of his jaw, a palpable reminder to Christian Winter that even a superhuman wasn’t made of titanium.

“My mother always told me”—the man shifted his weight with the motion of the train, stepping on Christian’s foot again—“that I’d never make it as a dancer.”

“We could be wallflowers together.” It was meant as a joke, yet Christian couldn’t help but wince at his own clumsy flirtation. At least the bright laugh he received in response suggested that his fellow traveler wasn’t too dismayed by his utter inability to be alluring.

“Which stop is yours?” The Scottish man’s voice was low, charged with an unmistakable heat, and Christian met his gaze again, all humor pushed aside now. A flurry of unspoken signals passed between them in that second, ending with Christian inclining his head very slightly in acknowledgment.

“Hampstead,” Christian replied, holding the man’s gaze. This was always the moment when he had long since learned to take care, as all men like him had. He studied the stranger’s eyes and saw the gleam of desire glittering there in the sapphire blue, the silent look that told him they shared a secret. It was always unspoken, of course, the penalties for throwing a smile at the wrong man something that they all lived with even as they sought one more companion for one more night. “You?” 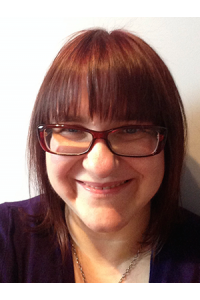 If you like your superheroes mysterious yet oddly humanlike, if you enjoy the slow reveal of what is really going on, and if you’re looking for a fantastical story with more than one surprise, set i...

Share what you thought about The Angel on the Northern Line and earn reward points.

Buy Now: £4.99
The Captain and the Prime Minister

Buy Now: £4.99
The Captain and the Cricketer