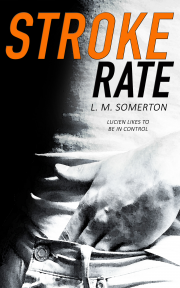 I enjoyed this story so much. I adored the setting and how Ben and Lucien get together. I adore Ms. Somerton’s writing style. She brings out emotions and gets you invested in the story right from...

Share what you thought about Stroke Rate PRINT and earn reward points.