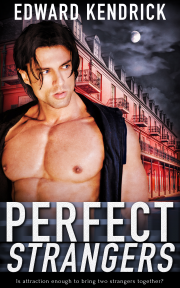 Opposites attract—but is that attraction enough to bring two strangers together?

Raphael Koenig is an assassin working for a covert outfit. He also uses alcohol to fend off terrifying nightmares. After completing one too many kills and dealing with one too many nightmares, he’s close to burning out. So, he takes a break—a two-week vacation in New Orleans.

Alden Durant lives and works in New Orleans. One afternoon he happens to see a sad, lonely looking man—Raphael. When they run into each other again, Alden offers to show him the city and they strike up a tentative friendship that leads to a casual sexual relationship that they are certain will end when Raphael’s vacation is over.

Raphael is called back early for another job, and both men believe they will never meet again. Then, fate steps in when Raphael is sent to New Orleans to take out a hired killer. He and Alden reconnect, but will they be able to handle the revelations that ensue? Or will those revelations drive them apart this time—permanently?

Reader Advisory: This book containhs some scenes of graphic violence and scenes of murder.

“Touch that and you’ll regret it,” Raphael told the bartender, his tone menacing.

“It’s closing time, man. Finish it now, or not. I don’t give a damn, but I’m taking the glass.” He reached for it again.

Raphael seized the bartender’s wrist—tightly enough the man winced. “I told you. Leave it. Go find someone else to bother.”

“Five minutes,” the bartender muttered when Raphael released his hold.

“Then give me a refill.” He tossed back the dregs of the drink.

“Are you shitting me?”

“What do you think?” Raphael’s gaze locked on the bartender’s face as he laid down the price of the drink.

The bartender grabbed a bottle of the whiskey Raphael was drinking from the shelf, poured three fingers’ worth into the glass then moved away. With a cold smile, Raphael lifted the glass to his lips, emptied it then slammed the glass down on the bar. “Now, you can have it,” he called out. Snagging his leather jacket off the back of the stool, he walked lazily to the exit, as if the five drinks he’d had since he’d arrived in the joint hadn’t affected him in the least.

And they hadn’t, other than to relax him and help him forget the scene he’d witnessed at another bar. A man there, older and very drunk, was being verbally—and loudly—abusive to the woman sitting beside him at a table in the back. She’d cowered away, as if afraid the next thing he’d do was hit her. Raphael would have stepped in if the bartender hadn’t. The last he saw before he’d left was the drunken man being escorted out of the back door—without the woman.

Raphael didn’t have to check the time to know it was late. After all, he’d come close to being kicked out of the bar at the two a.m. closing time, after his little set-to with the bartender. Bet he didn’t expect me to give him any guff. But I’ll be damned if I’m going to let some punk bruiser push me around. That hasn’t happened since… He shelved that thought where it belonged—in the deep recesses of his mind—as he walked to where he’d parked his bike.

When he got to the lot, he chuckled low. The kid who manned the booth was standing by the bike, a longing look on his face.

“Yep. Bought it used from an idiot who didn’t know what he had. No way in hell am I getting rid of it until it dies under me.”

The kid stroked the handlebars. “Don’t blame you.” He pulled his hand back, murmuring, “Sorry.”

Raphael almost smiled as he climbed on the bike. “I don’t think you did any damage. How much do I owe you?”

“Huh? Oh.” He looked at the ticket Raphael handed him. “Ten even.”

Raphael gave him fifteen, telling him to keep the change, started the bike and drove out of the lot, the kid’s surprised “thanks” drifting away behind him.

My good deed for the day. Raphael laughed softly.

Less than ten minutes later, he was parking in the lot behind his apartment. He locked the bike, went into the building and, rather than using the elevator, took the stairs two at a time to the third floor.

As soon as he was in his apartment, he tossed his jacket on the sofa, walked into the master bedroom and stripped down to his briefs. Going back to the living room, he fixed a drink at the bar along one wall then went out to the balcony. From where he stood, he could see the lights of the city spread out before him. If it was daytime, he could have seen the mountains in the distance.

“I should get to bed,” he said under his breath. He was reticent to do so, even though he had to be up in less than five hours if he was going to be at the construction site on time. He was afraid the abusive man he’d seen at the bar would bring on dreams he didn’t want—or need.

He sipped his drink then, resolutely, drank the rest of it in one gulp. After going back inside, he went into the kitchen and set the glass in sink. He took a fast shower then crawled into bed. Soon all the alcohol he’d consumed, and his exhaustion, did what he hoped and he fell into a dreamless sleep. 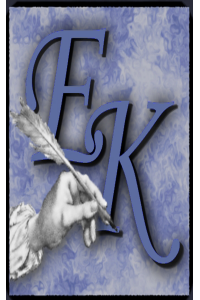 I can recommend this book as a well-written, character driven story with surprisingly little angst and a nice touch of romance.

I think that Ralphael brings to the relationship love which is what Alden really wants. He helps Alden to realize that their is some evil in the world that cannot be forgiven just because Alden may w...

Share what you thought about Perfect Strangers and earn reward points.