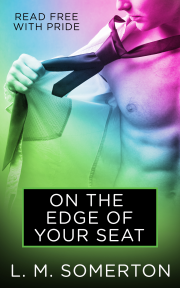 On the Edge of your Seat

Share what you thought about On the Edge of your Seat and earn reward points.