Book 1 in the Oathtaker series

After a life of death and violence brings her world crashing down, elven Oathtaker Katya Greenleaf must wage her toughest battle yet, one against the demons that haunt her memories and threaten her soul, spirit, and very identity as a warrior.

Katya Greenleaf has given herself over to the thrill of combat countless times during her years as an Oathtaker. Alongside her mentor Shira, she sought out evil - pirates, slavers, dark mages, and demon hordes. Occasionally, she finds comfort in the company of other females encountered in her travels, and despite her mother’s best efforts she has no desire to settle for a traditional elven life and family.

After decades of taking joy from the fight, no matter the odds, Katya leads a group of Oathtakers into disastrous battle, costing the life of everyone around her, including Shira. Katya survives, but with neither body nor spirit intact, haunted by her life of violence and death in the name of her oath.

Now, the red-haired warrior will find her greatest challenge in a battle against a different sort of demon; ones that live in her mind and haunt her sleep.

As she heals, Katya is reminded that there is more to life than blood and iron by a compelling human named Lili, who not only catches Katya’s interest, but forces her to re-think her life and her mission.

With Lili at her side, her beloved falcon Fayne on her shoulder, and healers encouraging her, Katya sets out to re-discover the warrior she once was and finally confront the truths of what happened to her the day the world collapsed around her. 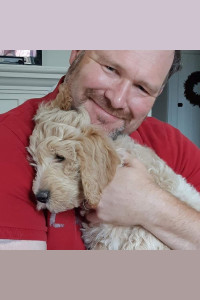 J.B. Knowles has been a lifelong lover of works of fantasy, first creating Katya and the Greenleaf family in high school as roleplaying characters.

After a long career in the fields of justice and mental health, J.B. finally had a chance to build a full world on paper for Katya and to breathe new life into adventures started over thirty years ago.

J.B. is married and has two sons and three dogs who all share an stately old farmhouse in a quiet corner of Canada.

Share what you thought about Broken and earn reward points.