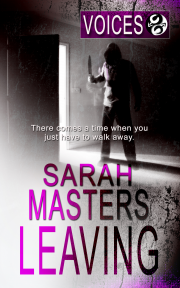 There comes a time when you just have to walk away.

Langham has had enough of murder and mayhem. For too many years he’s dealt with the horrors of his job and it’s taking a toll on him. Now he’s got Oliver and is more settled in his private life, he doesn’t need to be married to his job anymore.

Can he divorce himself from it, though? And what else would he do anyway? Like Oliver says, the job is Langham’s life. That’s no longer true—Oliver is his life these days, and Langham wants nothing more than to spend quality time with his lover.

However, crime doesn’t stop just because Langham wants it to, and when a mysterious caller seems intent on drawing Langham into his weird and wicked web, Langham can’t say no. But he can say this is the last case and that he’ll be leaving the Force when it’s all wrapped up.

The problem is, The Caller has so many women on his kill list that the case isn’t likely to end any time soon. And The Caller…is he taunting Langham or reaching out for help? As bodies mount up and the calls become more frequent, The Caller realizes he may well be playing a game he should never have started—and that Langham will stop at nothing to bring him to justice.

Reader Advisory: This book contains violence, murder, mutilation and scenes from the perspective of a serial killer, which some readers may find distressing. There are also references to past child abuse.

“This isn’t a joke, Detective Langham. I fail to see why you find it so funny. The way you laughed like that tells me you’re not taking me seriously. That isn’t something I’d advise,” the man said.

In his office, Langham clutched the phone tightly, wondering who the hell this was on the other end of the line again. “I don’t find this funny, far from it. I laughed because you’ve got a nerve keep calling me, wasting my time. You can be arrested for that, you know.”

“Oh, I know. You’ll have several nerves touched by the time I’ve finished with you. Especially if I decide to come and get your little Manny. I heard you’re partial to him. Oliver, isn’t it?” He laughed. “Yes, the quite pretty Oliver is the key to bringing you down, I do believe.”

“Your threats are pointless,” Langham said. Not Oliver, don’t you dare bring Oliver into this, you motherfucker. “I have a job to do regardless.” The words burned his tongue.

“Oh, come now. Don’t tell me you’d put your job over Manny in the importance scale. I won’t believe you if you try to convince me of it.”

“Look, what the hell do you want?” Langham snapped.

He glanced over at Detective Wickes, who gave him a bold glare, as he so rightly should. Langham had allowed his emotions to get in the way when he was supposed to be calm, keeping the man talking.

A click went off in Langham’s ear and he cursed, slamming the handset back into the cradle. He’d fucked up, well and truly.

“You’d better hope there is a next time,” Chief Jones said.

They had gathered in Langham’s office, expecting the call that had riled Langham to the point of wanting to scream. It had been one of many the man had scheduled, where he’d given snippets of information that hinted something bad was going to happen but he hadn’t said exactly what. Normally they’d ignore such calls—there were so many whack jobs in London it was unreal—but this bloke knew too much about Langham that it was clear he’d been watching him.

“He’ll call again, no doubt about it,” Langham said.

The phone rang once more. Langham waited for Wickes to set the trace going before he answered. After Wickes’ nod, Langham lifted the receiver.

“Detective Langham,” he said in a bored tone, one they’d discussed he’d use so the man didn’t pick up on any anxiety. Bloody failed there on the last call, didn’t I.

“Ah, I’m so glad you answered,” the man said. “I thought for a moment you might have had to stomp off. You know, have a little tantrum because I’d dared to bring Manny into our conversation. Admit it, I hit a sore spot, didn’t I?”

“Not at all.” Langham eyed the clock. “To be honest, I snapped at you because you’re boring me. You clearly want something, so why not just come out with it so you can get the ball rolling on whatever it is you plan to do? You’ve been vague so far, and playing guessing games really isn’t my forte.”

There was a ten second pause.

He even has the bollocks to waste call time.

“All right then, Detective. Let us begin. You will shortly find a woman’s body. I’m not sure when you’ll find her, I don’t know anything about that yet, but find her you will. She might be already dead, she might not. I do hope those spirits don’t contact Manny and spoil the fun by telling him who she is. It would be such a shame if they mess things up. Their intervention really isn’t required. Good evening, my good sir!”

The phone clicked again. Langham all but threw the handset down, the thing landing in the cradle by luck not design.

“God fucking damn it!” Langham shoved a hand through his hair. “Did you get all of that on tape?”

“So what do we do? Just wait until he calls again?” Langham pulled his mobile from his pocket. He selected Oliver’s number.

“There’s nothing else we can do,” Jones said.

Langham raised a hand to quiet him. “Oliver, I need you to try to contact spirit.”

“I know, but please, just try. I’ve got some nutter telling me we’re going to find a woman’s body. Yeah, that bloke who keeps ringing me. I need to get to her before he gets to her, obviously. It’s one thing to find someone already killed, but to have it implied they could well be killed soon and you might not get there on time?”

“I’m well aware of how that feels.”

“Yeah, I know you do. Sorry. I remember Cheryl’s situation.”

“Yep, knowing a woman you work with has been abducted by some psychotic wanker tends to rattle your nerves. As you know, it was a race against time for me to get enough information from spirit in order for her to be found. All right, we got to her just in time and she’d been dumped face down in a stream, managing to crawl out onto the bank, but if it hadn’t been for spirit, we might not have found her at all. So if they think you need help with this bloke calling you, they’ll talk to me. If not, nothing I can do about it. But I’ll try.”

“All right,” Langham said. “Thank you. I appreciate it.” He cut the call then slipped his phone back into his pocket. “Oliver’s heading to bed. Spirit tend to get hold of him when he’s just falling asleep. Maybe we’ll get lucky. As you know, spirit were silent for a while after the Frost case”—Langham shuddered at the thought of that—“but they came back to help us solve that irritating little case we just had. Maybe there was a block on getting through back then and now it’s been opened…”

This is a book that is a bit scarey not because of people jumping out at you or anything like that but because it is so easy to picture and put yourself in the book as a character. It was as if every...

Share what you thought about Leaving and earn reward points.