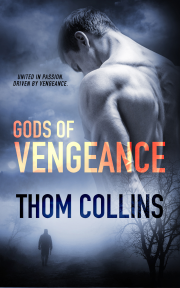 United in passion. Driven by vengeance.

Owen Hazard, a young farmer, is dead. Murdered while he tried to prevent a robbery on his land. His older brother, Captain Mark Hazard, returns home for the funeral. Owen’s best friend, Riley, runs the local pub. He has information about the night Owen was killed—he knows who was responsible. The police are doing nothing. Vengeance is their only option. United in their passion for each other and a thirst for revenge, Riley and Mark must take the law into their own hands if there’s going to be any justice for Owen.

Publisher's Note: This book has previously been released as part of the Brothers in Arms anthology with Pride Publishing.

It rained the day they buried Owen Hazard at the church on Hammerscliffe Peak. None too heavy—just a misty drizzle to match the muted sky and the gray spirits of the mourners who gathered at the church and, later, the graveyard. They laid Owen to rest in the grave beside his grandparents. It was a family plot, and many tears were shed at the sight of his coffin going into it too soon. He was only thirty-three.

Riley Brook held his own tears in check. He had cried enough already—all of this last week. Let the others weep. They needed it now—he didn’t. His pain and grief had been replaced by colder, far harder emotions—anger and the unremitting need for revenge. The cold rain ran down his forehead, over his narrow brow and into his eyes. He didn’t blink it away, didn’t flinch as it dripped from the tip of his long, straight nose. He felt it on his neck and down the collar of his white funeral shirt, but it didn’t bother him. That kind of discomfort was irrelevant now.

The turn-out for the funeral was immense. The farming community came out en masse to honor their dead. Especially the loss of someone so young. A son, a husband and a father—the tragedy of Owen’s death touched every person in that ancient churchyard. Somber-faced men in long overcoats held the hands of wives and girlfriends, unified by the senselessness—a life over too soon.

Owen’s wife, Susan, mother of his three children, just about kept it together. Sandwiched between Owen’s sister, Julie, and Pam, her best friend from the village, her features were a transparent mask of suffering. Riley had never seen grief etched so large on a human face. His mother and father stood close by in bewildered misery—it was every parent’s greatest fear, to see their children buried.

Next to them stood a man who Riley had not seen in almost ten years. Mark Hazard, Captain Mark Hazard, Owen’s older brother. Though he was undoubtedly handsome, Mark’s face was devoid of any emotion. He stood rigid with his shoulders back and spine straight, as if he was on the deck of his ship, ready for inspection. Mark had changed little in all those years. The lean jaw, wide mouth and neat brown hair were just as Riley remembered. Mark looked stronger now. Broader. There were lines around his eyes but they suited him. He’d grown more handsome with age.

Mark had been posted in the Eastern Mediterranean when his brother had been killed. He’d come back yesterday in time for the funeral. Too late for Riley to see him first. He would find the time. Later.

At last, the service was over. Owen’s parents came forward. They scraped up a handful of earth and tossed it into the grave. That was when his mother lost it. Wailing, inconsolable, she was led away by her husband and Mrs. Leaven from the village. The muscles around Riley’s heart tightened. He felt their grief, every painful stab.

It fueled his fury.

None of this was right.

He knew a way to make it better.

But it would take time.

Those less acquainted with Owen stepped respectfully back to allow his family and friends nearer to the grave. More earth and flowers were thrown into the hole. Riley waited until almost the end. Owen had been his best friend, had been since they were four years old, but he waited. An unnatural feeling of calm imbued him. It was so different from the heightened emotional state he’d been in since the terrible news had hit. A tiny part of him was frightened by these feelings. Terrified.

But anger was a bigger emotion than fear and his lust for vengeance was greater still.

As he walked forward to throw a handful of earth into the hole, Riley watched Mark Hazard across the grave. Mark’s opaque eyes stared into his. Time seemed frozen as they held each other. It was a devastating moment.

As he stared into his eyes, he realized Mark was maybe thinking the exact same thing. 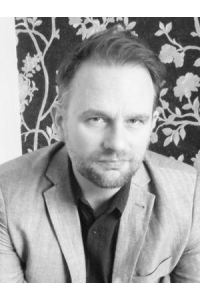 It is rare to find a story of such length with so much in it, that ticked all my emotional and dramatic boxes. There was the hunky Navy Captain, drama, intimate fire, heart in mouth, and-and-and… more....

I recommend that you get a copy of Gods of Vengeance to find out exactly what both Mark and Riley go through to get justice for Owen. It’s not plain sailing, as to be expected there’s violence, tortu...

Share what you thought about Gods of Vengeance and earn reward points.