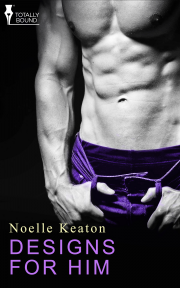 Normally all business when it comes to his career, Jon finds the lines between the professional and the personal getting blurred after falling in love with billionaire CEO Warren.

After months of unemployment, Jon Pritchard finds work with Cressen Furniture, the 'American Ikea', in a low-level job. A software program he creates in his free time attracts the interest of Warren Cressen, the interim CEO of Cressen Furniture, who quickly gives Jon a promotion. The attraction between the two men is undeniable, and it isn't long agree to be discreet until Warren's position as CEO is made permanent.

Their relationship grows evidence is discovered that seems tospy and Warren starts to wonder if he hasn't been used all along.

Publisher's Note: This story has been previously released as part of the Promoted by the Billionaire anthology by Totally Bound Publishing.

Jon barely had a chance to look up before a mountain of manila folders were stacked in front of him. Though the clerk who deposited them on his desk smiled, Jon wanted to scream. The files represented at least two more days of drudgery. Oh, who was he kidding? Once he got through with those, there would just be some more data to input. The drudgery was unending here at Cressen Furniture.

Noelle Keaton has bounced around the United States, including stays in California, Pennsylvania, and Virginia, but she now resides in Florida. Although she works as a tax associate for a large corporation, her first love is writing. When she isn't jotting down ideas for new stories, you can probably find her reading a book from an ever growing stack, debating politics and current events with friends, or experimenting with new recipes. Noelle's vices include watching bad reality television and eating the white chocolate KitKats she keeps swearing she's giving up.

an enjoyable story...if you're looking for a fun, light story, give this one a try...

If you like stories about career men whose work means everything to them, and damn the consequences, if you enjoy reading tales that involve corporate competition and shenanigans, and if you're looking...

Share what you thought about Designs for Him and earn reward points.