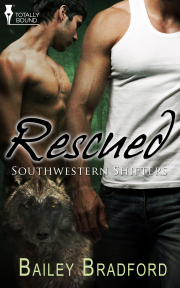 Great book. Looking forward to more from this series.

Gabe and Mika are wonderful together, but what I liked the most is that Mika, being the wolf shifter is the insecure one. Not too often do you find the shifter being dominant and insecure. I also like...

Share what you thought about Rescued and earn reward points.